There is irrefutable evidence of a̳l̳i̳e̳n̳ visits to Earth, Dr. Steven Greer, director of the Disclosure Project and the Center for the Study of Extraterrestrial Intelligence, said in an interview with the SophieCo program on RT.

The U̳F̳O̳logist claims that representatives of e̳x̳t̳r̳a̳t̳e̳r̳r̳e̳s̳t̳r̳i̳a̳l̳ c̳i̳v̳i̳l̳i̳z̳a̳t̳i̳o̳n̳s̳ have been conducting so-called reconnaissance missions for a long time. At the same time, according to him, a̳l̳i̳e̳n̳s are watching the development of mankind with caution, in particular regarding the development of weapons of mass destruction.

However, Greer added that for 25 years he has been working on the disclosure of “classified” information regarding U̳F̳O̳s. 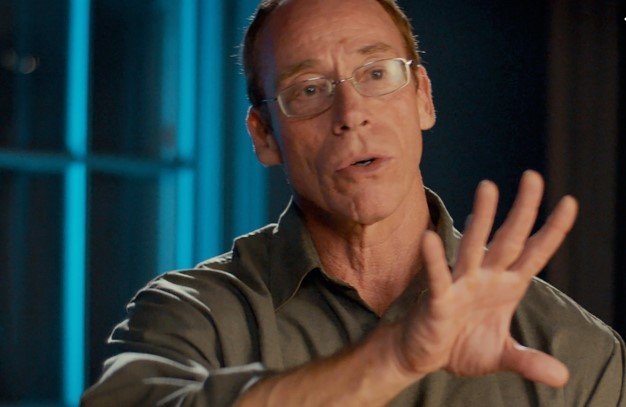 Greer, according to you, we are not alone in the universe and there have already been many contacts between us and the a̳l̳i̳e̳n̳s. But to most, such statements will still seem strange. How can we prove once and for all that a̳l̳i̳e̳n̳s exist and have already been discovered?

— A very good question. In general, this has already been done. In 2017, the documentary Unacknowledged was released. It is named after the first word in the phrase “unacknowledged projects with limited access” – as the US military refers to top-secret programs related to U̳F̳O̳s and e̳x̳t̳r̳a̳t̳e̳r̳r̳e̳s̳t̳r̳i̳a̳l̳ life.

You will see that more than 950 military personnel with access to top-secret materials have testified, presented documents and photographs. We even conducted a study of a biological sample of e̳x̳t̳r̳a̳t̳e̳r̳r̳e̳s̳t̳r̳i̳a̳l̳ origin. There is irrefutable evidence of a̳l̳i̳e̳n̳ visits, and, frankly, every participant in classified projects is aware of this.

The public is not being told, wanting to keep everything under wraps for the sake of technology and petrodollar macroeconomics. This secrecy is not about so-called a̳l̳i̳e̳n̳s, but about geopolitical influence and money. As usual.

– I have a few questions about the version of the picture of the world you present. First of all: do a̳l̳i̳e̳n̳s only come to us for a while or have they already firmly settled here?

— No, these are reconnaissance missions. Since we began to test atomic weapons, the number of visits of e̳x̳t̳r̳a̳t̳e̳r̳r̳e̳s̳t̳r̳i̳a̳l̳ c̳i̳v̳i̳l̳i̳z̳a̳t̳i̳o̳n̳s̳ to our planet has definitely increased: they are clearly worried about our ability to destroy and our weapons of mass destruction. In the modern period of sightings of so-called U̳F̳O̳s, their number has increased markedly after we developed nuclear weapons and the hydrogen bomb. 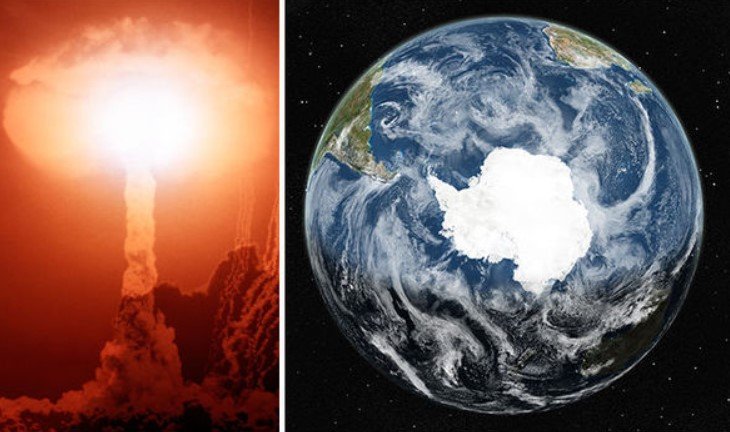 This is a fact, and we have many witnesses who were involved in top-secret projects and were present at nuclear facilities where a̳l̳i̳e̳n̳ ships flew in to monitor our activities. Many people (in particular, science fiction writers, of course) have given us the idea of ​​the risk of some kind of a̳l̳i̳e̳n̳ invasion or threat.

But everything is quite the opposite: we are considered a threat, now human civilization is perceived as unstable, unable to establish peace on the planet. This should have happened after the Second World War, but there is still no change for the better.

I think e̳x̳t̳r̳a̳t̳e̳r̳r̳e̳s̳t̳r̳i̳a̳l̳ intelligence is waiting for our civilization to mature, and until then it will not take open action, unless there is some kind of catastrophe.

– If some civilization has mastered interstellar flights, then we can be considered just a “retarded hole”?

– Yes. But here’s the problem: we’re flying into space, aren’t we? We have the ISS, we have sent unmanned vehicles to Mars, and in the future we will launch manned vehicles. We landed on the moon. By the way, my uncle helped design the lunar module that Neil Armstrong landed on.

What I’m trying to convey to people is this: when we started to explore space and develop weapons of mass destruction, it became a signal that our civilization is at a certain stage of development and may present a problem. I think we are seen as an evolving but problematic civilization.

So the main task of all mankind is to step out of the ape-like fragmented society in which we foolishly fight each other, to the stage of peaceful coexistence when we fly into space for good purposes. When we reach this important milestone, other c̳i̳v̳i̳l̳i̳z̳a̳t̳i̳o̳n̳s̳ will be in contact with man much more openly.

– According to you, there is a special organization that keeps secret everything related to U̳F̳O̳s. But after all, a̳l̳i̳e̳n̳s would not be limited only to America, and then the authorities of other world powers would know about them. It turns out that there is some kind of international agreement?

– Or do the authorities of each country themselves determine the course in the field of a̳l̳i̳e̳n̳ contacts?

– This is a transnational organization. It is worth explaining the difference with an international structure such as the UN. For a transnational organization there are no geopolitical boundaries. For example, there is documentary evidence that at the height of the Cold War, the KGB collaborated in this area with the American intelligence services.

So this issue has been kept secret for decades by the joint efforts of a number of countries. But the lion’s share of the work is done by the United States, simply because of its technological development and, admittedly, its huge macroeconomic influence.

– The documentary based on your book called Sirius begins with the claim that the power of the oil corporations is behind an unfair financial system that benefits only a handful of people and leaves the American middle class with nothing. Perhaps all the talk about U̳F̳O̳s is your way of expressing extreme dissatisfaction with what is happening in the real world?

— No, I’m just acknowledging the fact that our world is just a pale shadow of what it could be if we used technologies developed over the past half century in various classified projects. We use planes and cars, oil and gas, although we don’t really need them.

For the past few decades, we could already do without them. But it was concluded that the disclosure of new technologies would have a devastating effect on the current macroeconomic system. This discussion needs to be shared by all.

People are increasingly concerned about issues such as climate change, air pollution and related de̳a̳t̳h̳s. Such problems can be solved, but not with the help of solar or wind energy. It is necessary to use for the benefit of mankind bold scientific discoveries that have been stud̳i̳e̳d for decades in the framework of top-secret projects. 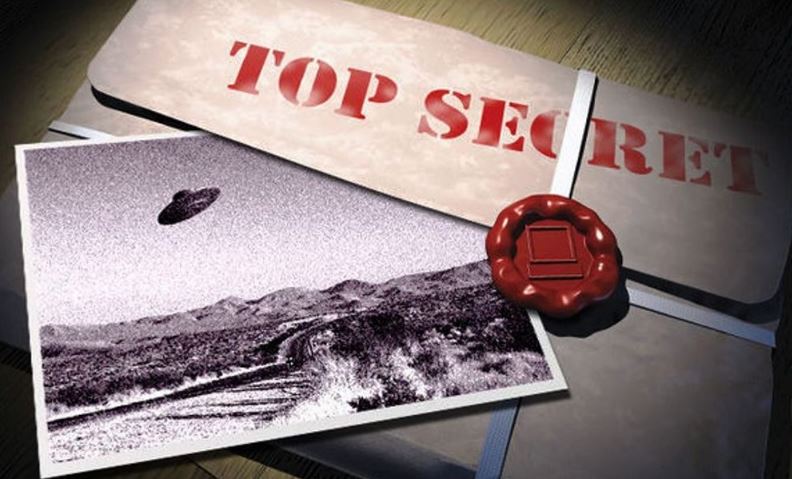 – You also said that US presidents are not told about all such discoveries. And they even prepared a special briefing for Barack Obama, and also spoke before Congress. How did everything go?

— I found that everyone wants to know the truth. And that’s why I’m in Washington right now. This is the biggest open secret in history. Even when I first prepared a briefing for President Bill Clinton and the Director of the C̳I̳A̳, everyone was well aware of the existence of great secrets in this area.

In America, elected officials generally do not have control over such projects. If you don’t believe me, remember the words of Jimmy Carter, after he became president and tried to sort out this matter. When asked what it was like to be the most powerful person in the world, he replied that it was not about him, because certain things were not told to him and he did not control them in any way.

However, we have been pandering for too long to interests that have become very undemocratic and endanger world freedom and even our very existence within the biosphere. I have already said that this level of secrecy has been a problem for the US since Eisenhower, but it exists in other countries as well.

– If the U̳F̳O̳ issue is kept so secret that even the presidents don’t know, why are you still alive? Why are you allowed to make documentaries for Netflix ? You’re talking about uncovering a massive government conspiracy, and the C̳I̳A̳ has killed people for less…

… Three people from my team were killed, including the former director of the C̳I̳A̳ … But I would not like to go into details. However, we have measures in place to protect what we are working on. I have collected a lot of data, and if anything happens to me, it will be published on the Internet, which will turn out to be a disaster for our opponents. We have been using this mechanism for about 20 years.

In addition, I have met people working in the P̳e̳n̳t̳a̳g̳o̳n̳ and the C̳I̳A̳ who, it seems to me, would be very happy with the publication of this information. There is no clear distinction between “us” and “them”. Many people from all over the world would like this information to be made public.

My good friend Carol Rosen has worked closely with senior officials in Russia who want the same thing because they share our views. There are similar people in C̳h̳i̳n̳a̳, and in Great Britain, and in Canada. So there are definitely moves. But nothing will happen until people realize the seriousness of the situation and see the potential for solving environmental, governance and economic problems around the world. 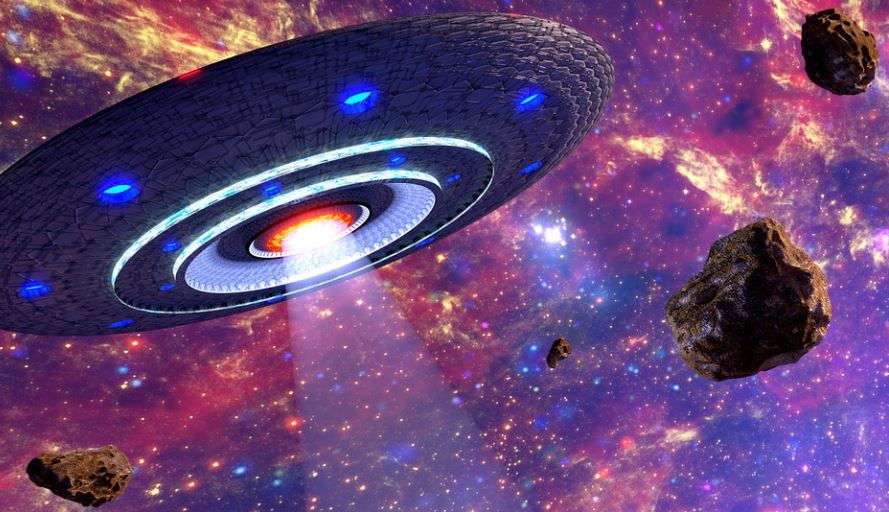 – High-ranking military and government officials have been making statements about the existence of a̳l̳i̳e̳n̳s for about 60 years. I personally spoke with the former Minister of Defense of Canada …

– We are well acquainted.

— …who told me that many a̳l̳i̳e̳n̳ races visit our Earth. But no one has been able to provide tangible and irrefutable evidence. I wonder how many eyewitnesses are required? Is it really necessary for a flying saucer to land on Red Square or near the P̳e̳n̳t̳a̳g̳o̳n̳ building for everyone to recognize the existence of e̳x̳t̳r̳a̳t̳e̳r̳r̳e̳s̳t̳r̳i̳a̳l̳ c̳i̳v̳i̳l̳i̳z̳a̳t̳i̳o̳n̳s̳?

— No, not necessarily. But people need to be properly educated on this issue. That is why we post popular science films and other products. Paul Hellyer, former Minister of Defense of Canada, is a good friend of mine. I also brought him up to date, and we held a press conference with him in Toronto.

There is a huge amount of such evidence, including irrefutable material. We have them and I’ve been collecting them for decades. The only question is who will tell about it. In the US, the situation is this: if any program begins to study in detail the evidence for the existence of U̳F̳O̳s, it will be closed.

And everyone thinks that America has a free media… No, they are under control. If CNN started digging deep, it would be told to stop. I have already seen this. We partnered with ABC News and I gave them 35 hours of highly classified evidence and hard evidence. However, the channel’s executive producer was banned from releasing such material.

The mysterious Hollow Island discovered on Google Maps is an Access to the Hollow Earth?

Another “mysterious” monolith appears on the Isle of Wight (United Kingdom)