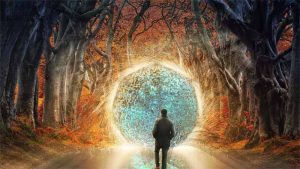 Perception determines “truth”. We fabricate our own reality from our own perceptions and those of others, and by accepting as real what appears to be.

History is filled with stories of people who, by “slipping through the cracks” of their own consciousness (thus altering their perception of the world around them), discovered other ways of experiencing reality. What they accomplished by doing that had an impact on society. You and I, all of us, have repeatedly taken advantage of this phenomenon.

Chester F. Carlson, for example, inventor of the Xerox duplication process and founder of the Xerox Corporation, was an adept of a certain spirit-channeling medium.

As he attended a series of sessions with this woman, he eventually “received” the photocopying process from the spiritual beings she contacted. After experimenting with the technique and making some adjustments, the Xerox process was born, along with a multi-billion dollar company.

George Washington Carver took the peanut, hitherto used as pig food, and the exotic and neglected sweet potato, and turned them into hundreds of products, including cosmetics, grease, ink for printer, coffee and peanut butter.

Carver said he found his answers walking through the woods at four in the morning. “Nature is the best teacher and it’s when others are sleeping that I learn best from her,” he said. “In the quiet hours before sunrise, God speaks to me of the plans I must accomplish.”

How did George Washington Carver communicate with God in the wee hours of the morning? He said it himself – with the help of angels and fairies. And he’s not the only one to make such a claim.

Peter and Eileen Caddy and their colleague Dorothy Maclean give the same credit when describing the work they did. This troupe, along with Caddy’s three sons, settled near an inlet of the North Sea in Findhorn, Scotland, with the aim of establishing a co-creative bond between them and the intelligences of nature – i.e. angels (whom they later called “devas”) and fairies (“spirits of nature”).

They became voluntary workers with those of nature in an effort to co-create a garden that would defy all known rules of convention and climate. That was in 1962. Today, Findhorn Gardens regularly attracts people from all over the world who come to visit the grounds and take courses at Cluny Hill College, courses in how to communicate with angelic forces and helping spirits while strengthening his own sense of spirituality.

The people I mentioned have come to perceive reality from a different perspective than the norm; they then used what they learned from this experience to benefit others. Expanding consciousness allows one to experience reality in different ways. Whether accidental or intentional, this shift in perception also changes the meaning and significance of time and space. 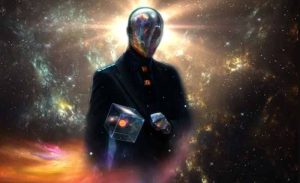 Documented cases of indigenous runners, particularly those from North and South America, illustrate this point. In the book Indian Running by Peter Nabokov, an anthropologist named George Laird describes what happened to a runner who lived in the southwestern United States:

“One morning he left his friends at Cotton Wood Island, Nevada, and said he was going to the mouth of the Gila River in southern Arizona. He didn’t want anyone else to come with him, but when he got out of sight, the others started following him. Beyond the nearby dunes, his pace has changed.

The tracks looked as if he had simply staggered, taking giant strides, his feet touching the ground at long irregular intervals, leaving increasingly spaced and lighter footprints in the sand.

When they arrived at Fort Yuma, they learned that he had arrived at sunrise the same day he left them,” thus arriving before he left. The runner’s altered perception allowed him to accomplish this feat; he did not allow himself to be limited by normal perceptions of time and space.

Let’s not forget the Australian Aborigines. Their culture is the oldest on the planet (it’s been around for at least 50,000 years) and they have an understanding of time and space – of reality – that deserves our attention.

What they call “dreaming” has little to do with sleep or dreams that occur during sleep. For them, the dream is more like a kind of “flow” where you become what you focus on and where you suddenly know everything that needs to be known at that moment.

Aborigines sometimes use drugs to achieve this state, but most often drums, chants, rhythmic movements and certain other sounds and rituals are enough. In this state of consciousness, participants appear to “merge” or “enter” into the ground, rocks, animals, sky, or whatever else they are focused on, including the “In-Between” (what seems to exist between time and space, as though through a crack in creation).

These people believe that reality is made up of two space/time continuums, not just one – the one that can be experienced during waking time and the one during dreamtime, with dreamtime being slightly ahead of its time. counterpart, but capable of blending into all times, of what Pulitzer Prize-winning poet Gary Snyder calls “everywhen”.

Stories are told of Aborigines who physically appear and disappear as they slide from one continuum to another, from the here and now to the alternate universes they believe exist and the eternal restart they know awaits. Sages, whether monks, shamans, healers or mystics, are like that. They know that life extends beyond the boundaries of perception. Yet perception itself can be flawed.

Yes, it is a fact that individuals and societies have always arranged the cosmos to fit their own preferred beliefs. This is what defines the relationship between heresy (independent thinking) and orthodoxy (mutually accepted bias). But it’s also a fact that the weird can creep into a person’s life so dramatically that they are forced to change their awareness of the real and the unreal. 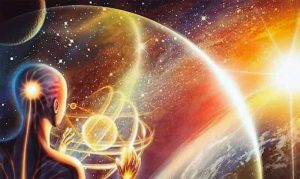 The novel Strangers in a Strange Land, written by Robert A. Heinlein in 1961, told the story of an international CEO who made his decisions by following the advice of his wife, advice which she obtained by regularly consulting an astrologer from San Francisco.

In 1988, the media reported that Nancy Reagan frequently consulted a San Francisco astrologer and that the advice she gave to her husband Ronald Reagan, then President of the United States, was based on these consultations.

The novel Futility, an 1898 creation by Morgan Robertson, describes the sinking of an unsinkable ship, the largest ship afloat. This imaginary ship, named Titan, collided with an iceberg in April, resulting in many casualties because the ship had too few lifeboats on board.

Fourteen years later, with uncanny similarities, the real Titanic ship replicated what happened in the novel: The two ships had nearly identical names; they were both designated as unsinkable; they were both presented as the largest ships at sea; they both collided with icebergs in April; they both caused many deaths due to a lack of lifeboats. Moreover, the two ships featured surprisingly similar floor plans and technical descriptions.

Broadcaster Paul Harvey aired the grim tale of three shipwrecked sailors and a cabin boy, adrift and facing starvation, who drew lots to see who would give up their lives so the others could survive. The contest was rigged to ensure the cabin boy, Richard Parker, would lose.

Among the evidence used in the trial that convicted the three men of murder and cannibalism is a story written by Edgar Allen Poe. Titled “The Narrative of Arthur Gordon Pym of Nantucket,” Poe’s account describes three shipwrecked sailors who rigged a coin toss, then killed and ate their cabinmate, Richard Parker.

Poe’s story, which so accurately describes the tragedy, in full detail, as it actually happened – including the exact name of the victim – was written and published 46 years before the event, before even if the participants were born.

This amazing ability of fiction to accurately foreshadow what is happening physically happens more often than you might think. It is almost as if on some level, knowingly or unknowingly, regularly or occasionally, individuals can access or stumble upon other dimensions of reality, and knowledge of a predestined or potential future. .

Remarkable shifts in reality are also occurring which cannot be correlated to any kind of imagination:

Brad Steiger, in his book The Reality Game and How to Win It, talks about Charles W. Ingersoll, of Cloquet, Minnesota, who appears in a travelogue made and copyrighted by Castle Films in 1948. Ingersoll could be seen leaning over the rim of the Grand Canyon, taking pictures with his 35mm camera.

Yet Ingersoll did not visit the Grand Canyon in 1948. He had planned to, but his plans changed and his first trip was in 1955, when he took a newly purchased camera and made the very year of his trip.

A week after his return, he stumbles across the old travel diary in a store and buys it, discovering to his amazement that the film clearly shows him there in 1948, with a camera that didn’t exist until 1955. .

An investigation verified the incident and the dates, but it could never be explained how Ingersoll could have appeared in a film showing him at a site seven years before his arrival.

On October 21, 1987, Claude and Ellen Thorlin were having breakfast. Ellen heard a disembodied voice asking her to tune to channel 4 on their television. Even though that channel was not receiving transmissions in their area, Ellen turned on the station.

She sees in it the face of their dear friend and colleague, Friedrich Jergenson, a famous Swedish documentary filmmaker and the father of PVE (electronic voice communication with spirits).

Ellen is shocked; Claude takes a photo which records the image and the time – 1:22 p.m. This time is 22 minutes from Jergenson’s funeral service taking place 400 miles away, a funeral service the Thorlins were unable to attend .

When TL from Fort Worth, Texas, was 21, he borrowed his parents’ car to drive from Darby, Montana, to Missoula to visit friends. Staying later than expected, he found himself speeding back to Darby between one and two in the morning.

At a place where the road winds around hills parallel to the river channel, the headlights of the car suddenly saw a herd of 20 to 30 horses crossing the road. With no time to brake and unable to stop on the road, TL hoped to avoid a collision while passing between the animals.

Two large horses stopped directly in front of him. The inevitable seemed to be his fate until, in the space of a moment, TL found himself way beyond the herd, driving as if nothing unusual had happened. Even today, he cannot explain how he was able to avoid hitting the horses. It’s like me and my car have been ‘transported’ to the other side of the herd,” he says.

Each of these “coincidences” involved people as real as you and me, on days that started out as ordinary days.

Are these events mere coincidences? Too much evidence from too many sources contradicts this idea. Something else is happening.

The events described in this article highlight moments when subjective reality overlaps with objective reality to determine experience. And when that happened, the future easily surfaced.

This peculiarity happened automatically, without provocation, and without regard to logic. What we call time – past, present, future – ceased to be sequential for these people and took on the aspect of simultaneity.

All of the cases – whether they concern aboriginal or present-day societies, fictional themes or not – center on men and women who have encountered alternate versions of time and space. What happened changed their perception of the world.

Adapted from Future Memory: How Those Who See the Future Shed New Light on the Working of the Human Mind by PMH Atwater (Birch Lane Press, New York, 1996).

Post Views: 100,209
Tags: The Different Realities: Passages Between the Cracks of Space-Time