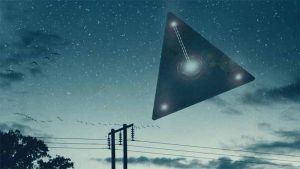 A group of amateurs, whose hobby is to observe and photograph the flight of military aircraft, photographed with their instruments images of triangular UFOs flying near the military base in the town of Amarillo, Texas . 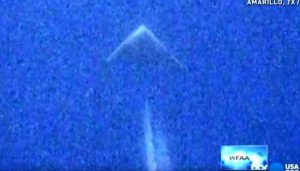 UFO sightings have increased significantly in recent months. Mysterious objects appear in our sky without explanation and, with the increase in these sightings, ufologists have been confronted with the “official explanations”. But what about triangular UFOs that appear to be terrestrial?

According to experts, the explanation for these mysterious sightings are drones; unmanned aircraft that are typically used by governments around the world, especially the United States.

This is the explanation given for mysterious sightings in the skies of Texas that were photographed by a group of people.
Amarillo is a city located in Potter and Randall counties in the US state of Texas. It is the largest city located in North Texas, an area known as the “Texas Salient”.

A video posted by ABC News, an affiliate of Channel 8 WFAA in Dallas, tells how local enthusiasts watching military planes caught something they never expected.

Mysterious triangular UFOs cross the sky of the city, extremely close to the population. Whether it’s military aircraft, drones or something else, the answer is still far from clear. 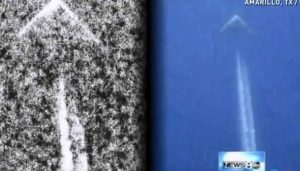 Other incidents in Amarillo

This is not the first time this has happened in the city of Amarillo. A woman named Darlene Ruiz sent a photograph and her testimony to Texas UFO Sightings, reporting multiple triangular UFOs over the city.

Apparently, this has been going on for several years, or so believes Ms Ruiz, who claimed at the time that she had obtained more information and evidence about these objects.

It is assumed that they have been spotted since May 2019, every night. They appear at nightfall, floating in the sky from the west until it reaches the center of Amarillo.

The witness affirms that then, if the weather is good, hundreds of them appear in the sky, very high in the sky, merging with the stars.

These mysterious triangular UFOs have been observed in different parts of the world. Although there are many theories and different points of view on this phenomenon, there is no definitive answer. Is it terrestrial or extraterrestrial technology?