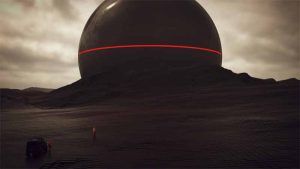 We can define interstellar archeology as the search for physical artifacts constructed by intelligent life forms that did not come from Earth.

Are we alone in the universe ? What are the chances that, among the countless galaxies in the universe and the hundreds of billions of planets in each galaxy, Earth is the only world where life has appeared? Humanity has been looking to the stars to try to answer this question for I don’t know how long. We are no closer to answering this question today than we were two or three decades ago. Take into account that our technology has improved considerably in recent years. We are far from understanding our place in the cosmos. And despite the fact that our research continues, we are improving. We are developing better tools and methods. And one of the tools that we haven’t used as much as we should have is a science called Interstellar Archeology.

What is interstellar archaeology?

Billions of years of history

The James Webb Space Telescope has revealed that some of the oldest stars in our universe formed 13 billion years ago. Astronomical data collected by missions such as Kepler have shown us that many Sun-like stars harbor an Earth-sized planet in their habitable zone. Our Sun is a young star. Most of the stars in our galaxy formed billions of years before our Sun. This means that if an Earth-like planet existed around one of these stars, then at least one world would have fulfilled the conditions for life to arise. This life could evolve.

Also, this civilization may have traveled to the stars and sent probes to distant parts of the galaxy. But it is also possible that such a civilization died out billions of years ago. Its probes and spacecraft can continue to wander the galaxy indefinitely, bound by its gravity. But some of its probes may have crashed into distant moons or planets. And if life is more widespread in the Milky Way than we think, what if such probes could have ventured into our solar system? What if some of these objects had crashed into planets or moons in the solar system?

Use of interstellar archeology

Make way for interstellar archaeology. Finding out that we’re not the only lifeforms in the universe might prove much easier by searching our solar system for artifacts from distant worlds. It could be that some of the planets and moons in our solar system are a goldmine of crushed alien artifacts. For all we know, such artifacts may have crashed into the Moon hundreds of millions of years ago. Hidden in plain sight, camouflaged in asteroid impact craters.

One such example, an opportunity we missed, was the interstellar object ‘Oumuamua. This object has been confirmed as coming from another star system. Given its peculiar and unusual characteristics, some scientists, such as Harvard astronomer Professor Avi Loeb, have speculated that the object may have come from an intelligent extraterrestrial civilization. It is precisely on such occasions that interstellar archeology must intervene. Interstellar archeology must search for objects potentially different from the asteroids or comets that pass through our solar system. She must search the cosmic bodies of the solar system for objects that may have crashed there in the distant past.