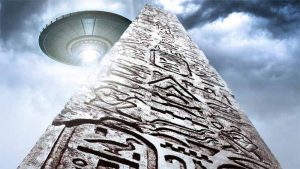 Extraterrestrial equipment could arrive in our solar system in two distinct forms. Faulty spaceships with an apparent artificial nature, or autonomous spaceships, which are still in operation and possibly even equipped with some kind of artificial intelligence.

As scientists scan the night sky for a signal from an advanced alien species, we look to our solar system to try to find out if we’re alone in the universe. Here in our own solar system, life may have developed in many places. Our best bet at the moment is Mars. However, some moons of Jupiter and Saturn are also good places to look for evidence of life. This life does not need to be intelligent in nature. If it exists elsewhere in the solar system, there’s a good chance it could exist in distant solar systems, like Trappist or Proxima Centauri. However, as we search for microbial life in our own cosmic backyard,

Our solar system is quite a big place. And there’s a good chance that interstellar artifacts could find their way there. As revealed by Avi Loeb, professor of astronomy at Harvard, extraterrestrial equipment could arrive in our solar system in two distinct forms. Faulty space junk with an apparent artificial nature, or autonomous spaceships, which are still in operation and possibly even equipped with some artificial intelligence. If hyper-advanced aliens exist, it would be logical to assume that they are building autonomous spaceships, allowing them to explore distant solar systems. That’s why I explained earlier that scientists on Earth need to look to interstellar archeology because evidence of extraterrestrial life could be right under our noses.

This underrated science will likely gain momentum in the next few years as we return to the Moon and land humans on Mars. By then, we should have developed it further, because there’s a good chance our solar system is home to interstellar artifacts. This is why we should turn to this science to try to find relics of an ancient extraterrestrial civilization. If aliens sent autonomous spacecraft to explore the cosmos, some of those craft could have crash-landed not only on distant planets like Mars, but they could have made their way to Earth and even our Moon. All we have to do is search.