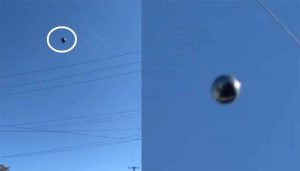 A photograph showing a UFO flying over a road in Valle Hermoso, in the state of Tamaulipas (Mexico), has sparked a lively controversy: is it a weather balloon or an object of extraterrestrial origin? 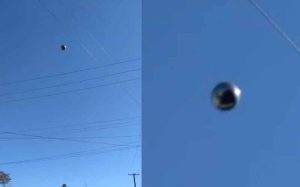 Residents of the northern border of Tamaulipas claim to have captured in photographs an object in the sky in the shape of a sphere. Opinions are divided, first as to the veracity of the photos, then between those who believe and those who do not believe that this type of observation is true.

The events took place in the municipality of Valle Hermoso, in the state of Tamaulipas, on the northern border of the state, very close to the United States.

It is a man, who on Facebook goes by the name Juanito Juan, who posted the images in a group of the social network where members are dedicated to sharing this type of information on unidentified flying objects (UFO / UAP) .

In the photo shared in the group, a spherical silver object can be seen in the sky, just above some parked cars.

Later on his profile he posted another photo where it is not one, but two spheres. 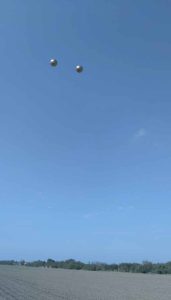 The man who took the photo says it was on the side of the road in Valle Hermoso.

However, this is not the first time the man from Tamaulipas has taken pictures claiming that there are UFOs in other parts of the state.

A few months ago photos of a suspected UFO went viral just over a house also in Valle Hermoso and since then Juanito Juan says he has been installing surveillance cameras to keep tabs on this guy of event.

And this is how he photographed several objects in the sky, whether at night, at dawn or at dusk.
These viral photos made their way to UFO experts, like Jaime Mausan, who analyzed them and claimed they were genuine.