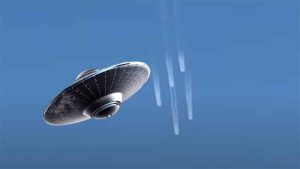 A video has revealed how, on December 15, five strange objects fell from the sky over Boise, Idaho, United States. 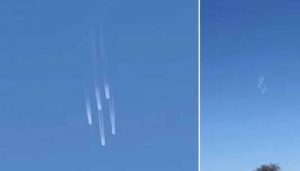 According to ufologist Scott C. Waring, the 5 objects are not satellites hurtling towards the Earth, because the atmospheric re-entry maneuvers are carried out above the sea and not above inhabited areas.

Waring explained that the five objects are clear and obviously trying to get attention. It could be the disclosure that is getting closer and closer.

The eyewitness who filmed the video, whose name has not been released, said the five mysterious craft flew in formation over the town of Boise, Idaho. The images were taken around 2:10 p.m. on the afternoon of December 15.

“All five vessels were surrounded by vapor and left visible vapor trails. It is possible that the UFOs were airplanes, as there are three nearby airports, Boise Airport, Air National Guard and Mountain Home Air Force Base. »

Several users have pointed out that it appears to be some kind of ground-based technology, likely aircraft flying in a tight, symmetrical formation. They also suggest that the five objects do not fall, but descend.

Others pointed out that no planes or spacecraft were visible zooming in on the video, only the trails left in the blue sky, which could be space junk.

It should be noted that Idaho is one of the “hot spots” in the United States, with over 40 UFO sightings per year. 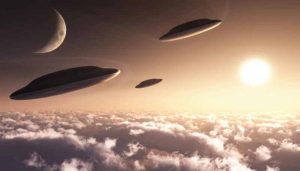 Regardless of the nature of these 5 objects, the fact is that 2022 has garnered a large number of UFO reports, Idaho being no exception. Residents reported 43 individual sightings across the state, according to the National UFO Reporting Center, or NUFORC.

Curiously, Boise, the city where the incident occurred, tops the list with 12 reports, followed by Nampa with nine and Idaho Falls with three.

Similarly, according to the recent study, over the past five reporting years, Idaho leads the United States with 420 sightings per 100,000 population, ahead of New Hampshire with 313 and Montana with 223.

Local researchers point to Idaho’s nickname, “The Gem State,” as a possible motivation for UFO sightings. This nickname alludes to the abundance of natural resources of the territory.

These 5 objects have caused a great controversy on the Internet… Is it possible that these UFOs are of extraterrestrial origin?