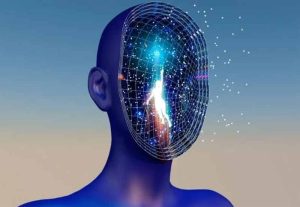 What would change if, from birth until today, you were taught that, in some way, we are all truly connected? What if a story of interconnectedness was the foundation of your worldview, letting you know that you are connected to the earth, plants, animals, people, and the universe in ways that are perhaps not… not be so obvious? I’m not talking about this from the angle of the language of wood, but in a practical way.

What if, instead of seeing each other as separate material objects from each other, we see each other as fragments of ourselves and truly recognize that at the very core of our being?

If you grew up in an indigenous culture, that’s probably your worldview already. But today we see this understanding making its way into Western culture and mainstream thought.

From a scientific point of view, one can think of this interconnection through quantum entanglement. Quantum entanglement occurs when two particles, in their quantum state, are separated from each other. Yet when you do something to one of them, the other does exactly the same, no matter how far apart they are.

For example, if you separate the two particles by 1000 kilometers and you spin one of them, the other instantly starts spinning in the same way.

This suggests that the two material particles, although separate and distant from each other, are somehow still interconnected in ways we don’t yet fully understand. 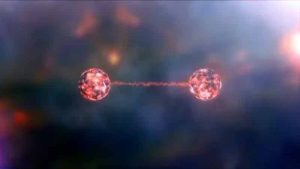 Conceptual illustration of quantum particles “connected” by an invisible force

Scientists have performed these experiments many times and have been fascinated by the possible explanations. One is that information can travel much faster than the speed of light, which is an explanation that would likely break our current understanding of classical mechanics. The other is that they are always connected in some way.

In 1965, alpha brain rhythms were triggered in a pair of identical twins after they evoked these rhythms conventionally only in the other. How is it possible ? How can participants in US government remote viewing programs see people, places, and objects hundreds of miles away with their minds alone?

As the Chinese Institute of Atomic Energy pointed out in 1991, in a study on file with the CIA:

“Such paranormal phenomena and abilities of the human body are unimaginable to ordinary people. Nevertheless, they are actually true. »

Could it be that there is a deep connection that is not immediately apparent to us? A connection that may not be recognized in our everyday mind, but seems present when we take the time to slow down, calm down and feel?

My own experiences of remote viewing and non-locality through practice tell me that the material explanation that these “capabilities” are not possible and that it is somehow observational error or out of wishful thinking does not suit me.

In fact, personally, I’m not even sure I need to know exactly “how” it all works, but I see the value in exploring it for the answers it might bring to our collective worldview. If I could be that bold, I’d wager that even the biggest skeptics of these topics feel deep down that there is truth to something “non-material” in our reality, and that humans there are plugged in.

That said, I think it is useful to have doubts. It can help us to question the reflexes and hasty conclusions that can multiply in search of a certain explanation. But in my opinion, it is also very important not to simply state: “We don’t have a material explanation and therefore this is nonsense. This is the fatal error of current religious and scientific dogma. It’s an anti-science view that suggests we already know almost everything.

What does this mean for us?

What I see happening here is a shift that seems to manifest as a seed planted somewhere within our being. Maybe it’s the seeds planted by past experiences or maybe it’s an evolutionary pressure within our consciousness to continuously evolve, maybe both!

Either way, something drives our curiosity to keep asking questions in this area, and scientists stepping outside the incentive structure of our current scientific landscape are venturing into fascinating territory.

Is it possible that we influence each other in this quantum way? If yes, how ? Do we act on certain things and not on others? Is there some sort of “permission” that needs to be granted to affect certain things? How can we know? How might we affect nature, animals or our planet? What about other planets? How can other planets affect us, or maybe even other dimensions? So many curious questions.

But even without going to such deep questions, we can simply ask: Isn’t it obvious that we impact our reality simply by the decisions and actions we take? Can’t we see that even if a decision seems to only affect us, it is in fact possible that it will affect other people, even generations to come? Doesn’t this fact alone suggest a deep interconnectedness?

What would change in your day-to-day decision-making if you considered that you are connected to the earth, to animals, to others, to communities, etc.? and that you must be the responsible guardian? What if, as many indigenous cultures do, you wondered how your decisions and choices may affect people up to 7 generations after you. How could you think about and feel that?

It can be difficult to expand our consciousness to such a worldview. After all, we were brought up to think and see the world through a light of separation, anything else seems foreign to us.

In fact, in much of Western culture, we have come to ridicule and mock what is outside the material realm. We even scoff at the idea of ​​doing more than self-care…for now. You are a hippie if you think about the depth of 7 generations!

But would it be possible to change our collective vision of the world, moving from a vision of separation and competition to a vision of interconnection and collaboration?

I think it, I feel it and I know it. It is happening right before our eyes. Of course, I may have some bias.

Over the past 15 years, I have created businesses, media, films and educational content that explore the idea that our collective view of the world is changing, and that we will eventually realize that we we are all much more interconnected than we think. But I’m not the only one.

Cultural historian and ecotheologist Thomas Berry viewed the universe as a community of beings, not a collection of objects. Its philosophy suggested the recognition of a connection between all things – a connected community. 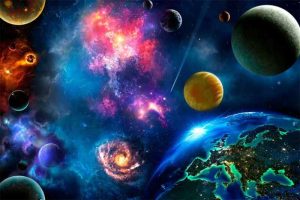 Of course, interconnectedness is also central to the worldview and ways of knowing of many First Nations. As a people, they are aware that everything in our world and our universe is connected. This mindset reinforces the idea that everything and everyone has a purpose, is worthy of respect and attention, and has a place in life. How might we treat our world differently in the West if these ideas were embedded in our culture? Instead, it is the domination of everything and everyone that is usually the driving force of Western life.

Within First Nations communities, they embrace the idea of ​​interconnectedness through the term “All My Relationships”. It connects them to their family, community, ancestors and future descendants, the land, and all plant and animal life. Even with this different worldview, these cultures demonstrate a scientific understanding of the land, the weather, the cycles of the seasons, medicinal and food sources, and harvesting and creating whatever they need to from nature’s abundance.

As you can see, this worldview is not a new idea, but one we can come back to more collectively. This is of course a process that each of us can reflect on and buy into, rather than waiting for a politician to tell us what to think about where our world might go. New systems and new ways of being are within each of us, not just the external systems we create. If we are not able to welcome new worlds within ourselves, how can we expect them to be shaped?

This awareness suggests that we must take an active and committed part in creating a better world. It doesn’t have to be too complicated either. Explore new ideas, think about why we do the things we do, ask yourself if new ways of being make more sense to you deep down, and ask how you can start to embrace these ideas in your own life.

It can be daunting trying to “fix” the world and wondering how everything can be changed all at once. That’s why it’s best to see things as a progression, which begins within you.

Start alone if you feel like it or connect in community around new ideas and learn to hold them in bigger and bigger parts of your perception. It can be a little difficult right now because a lot of people around you don’t think that way, but things are changing, and changing fast.

I remember 15 years ago when I started Collective Evolution.com, it was not a common topic of conversation at all. Today it has grown so much that it is hard to believe. Although at first glance there seems little incentive to think and be that way, especially in our current societal game, there is a lot of beauty and peace in it all.

And when it comes to science, this same evolution of thought occurs. We are witnessing a sort of renaissance by which many scientists are opening up to the study of consciousness and the immaterial.

While popular culture and the media suggest that there are many reasons to be afraid of our future, I am very optimistic and hopeful. I see amazing things happening and all we are experiencing now is a wake up call to start embracing a new way of thinking and being. It’s the birth of a new world, and you are a key part of it.

Post Views: 100,195
Tags: A new perspective of the world emerges, which can change our point of view on reality