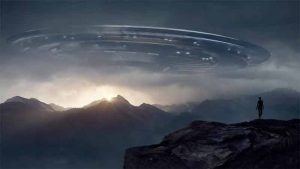 2022 has been an exciting year for the UFO community and the study of UFOs. And while we look forward to 2023, here are some of the best docs of 2022.

2022 has been a lot of things. But for the most part, for people who investigate UFOs, and people who like to read about UFOs like I do, it’s been a great year. Indeed, in 2022, many new reports have appeared on UFOs. Numerous videos have been leaked to the public showing objects that defy explanation. Some of these leaked UFO videos show objects transitioning seamlessly from filing in the air to diving into the ocean without even splashing. These are so-called “transmedium” UFOs. The Pentagon’s UFO office takes a special interest in these objects. Many UFO specialists believe that these objects could be the real evidence of extraterrestrial technology. It remains to be seen if this is the case.

The year 2022 has given us new reports, new legislation that makes it easier to report UFOs, incredible videos of UFO encounters, and perhaps most importantly, real UFO studies. For example, in 2022, NASA brought together more than a dozen astrophysicists to study and investigate UFOs in Earth’s atmosphere and space. That report will be out soon, and we’re very excited to see what some of the best astrophysicists on the planet have to say about these objects. But NASA is not alone in studying UFOs. One of the most exciting studies underway is the Galileo project. It is a study of UFOs and potential extraterrestrial technology, led by the former chairman of astronomy at Harvard, Professor Avi Loeb.

And while we wait for more UFO news, more exciting videos, and more data on a subject that is now worthy of the most rigorous scientific study, here is a video that summarizes some of the most alleged encounters of 2022. .