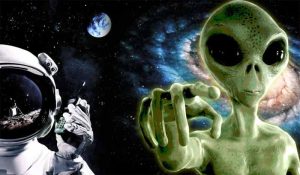 The Center for Inquiry, which promotes “reason, science, secularism and freedom of inquiry”, organized this debate in the spirit of the motto “extraordinary claims require extraordinary evidence”.

Why haven’t we found extraterrestrial life yet?

All three speakers admitted that the sheer size of the universe made it highly unlikely that we are the only intelligent life in it.

Ray Jayawardhana remarked that there are more galaxies in the universe than there are grains of sand on every beach and in every desert in the world and invited audience members to s to lie on a beach somewhere and hold a grain of sand on the tip of a finger, and know that in cosmic terms, we, the Earth, are smaller than a microbe on that tiny grain.

What are the odds that no other intelligent civilization exists in all the vastness around us?

The problem with finding an ET is not its non-existence, but our limited means of looking for it. In terms of the age of the universe, our technological civilization has been around for just over a moment.

While the universe is 13.5 billion years old, Marconi invented the radio only 126 years ago. SETI, the search program for extraterrestrial intelligence, has been beaming radio waves toward a small segment of the sky for only half a century. 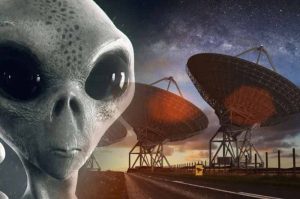 Seth Shostak, lead astronomer at SETI, pointed out that concluding, based on the evidence gathered so far, that there is no intelligent life out there would be tantamount to concluding, after limiting his search to a single square block, that there are no elephants in Africa.

Another part of the difficulty in finding extraterrestrial life is our limited definition of what it might look like. If we assume aliens are like us (to quote Robert J. Sawyer, “bipedal, carbon-based, eat food, excrete, breathe”), we are limited to finding planets that harbor such life.

But the Earth-like planet search program in which Ray Jayawhardana participates has found a far greater variety of worlds than we ever imagined, including a Jupiter-sized planet that orbits its sun in four days. . Life could take many forms that are not carbon-based, or bipedal, or dependent on oxygen and water.

Robert J. Sawyer pointed out that we don’t even know what an adequate definition of life is and only assume that we will recognize it when we see it. For most of its existence, life on Earth did not take on a human form.

In fact, all the speakers agree that extraterrestrial life is more likely to look like pond scum than something like us, and that intelligence is not a prerequisite for the existence of life on a planet. It is only our human arrogance that makes us assume that life everywhere tends towards intelligence as its highest expression.

How can we communicate with extraterrestrials?

Even if we recognize life on other planets, how will we communicate with it? The presenters joked that, as we know from Star Trek, all aliens speak idiomatic English and are members of the Hollywood Actors Guild. But joking aside, there could be a multitude of means of communication not involving radio waves.

Seth Shostak pointed out that it took us 50 years from the discovery of radio to computers, and that in 200 years computers will far exceed the human brain in capacity, raising the possibility of civilization machine-based, rather than carbon-based.

It is possible that civilizations more advanced than ours for hundreds of thousands of years have already reached this stage and, as Robert J. Sawyer has pointed out, have long since adopted more advanced means of communication. , such as quantum entanglement.

Not a single radio wave would emanate from such a civilization for us to discover. An audience member added that we haven’t even been able to establish communication with other advanced species on our own planet, such as whales and dolphins.

The future of alien research

Seth Shostak and Ray Jayawardhana were optimistic about our chances of finding extraterrestrials in “the next two decades”, in fact, they were both willing to bet a cup of coffee on the possibility.

Dr Jayawardhana pointed out that our ability to discover Earth-like planets has multiplied over the past fifteen years thanks to the deployment of the Kepler telescope, and will continue to increase.

He advocates finding and examining thousands of planets, charting them, and identifying the ones that stand out, not limited to requirements like water and oxygen. 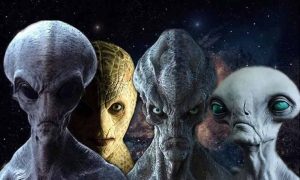 Doctors Shostak and Jayawardhana both believe that we should broaden the scope of the material we send, as greater diversity increases the possibility that someone will be able to interpret at least some of it.

Dr. Shostak even suggested that we should send the Internet off as representative of our species’ intelligence, which gave rise to jokes about Internet pornography, which Robert J. Sawyer claimed poses no problem because it would be “species-specific” and unlikely to make sense to extraterrestrials.

The presenters referred to Stephen Hawking’s concern that we were already revealing too much about ourselves and that we might become a target, and dismissed it.

Dr. Shostak believes that the greatest danger we face from an extraterrestrial civilization is “too much knowledge” that we are not ready to understand and use to our advantage.

So, for example, if the aliens taught us the technology to create cheap and unlimited energy in our garages from dark matter, an Osama Bin Laden could use it to wreak havoc and destruction.

It is possible that other more advanced civilizations already know about us, but are waiting for us to solve our planetary problems before starting communication.

Our reaction would depend on the nature of the discovery (eg, bipedal lifeforms waving and smiling at us would generate more popular enthusiasm than alien pond scum, even if intelligent). Radio host Bob McDonald thought the media would only be interested if the aliens came in wielding guns or wanting to eat us.

Not wanting to indulge in doomsday scenarios, Robert J. Sawyer pointed out that it is human vanity to imagine that we would be interesting to them. Seth Shostak added that while we’ve done a lot with our three-pound brains, it has its limits, especially when it comes to dealing with advanced civilizations that have been around for hundreds of thousands of years.

But Ray Jayawhardana optimistically thought that in the search for extraterrestrials we would only be limited by our imagination (and of course lack of funding).