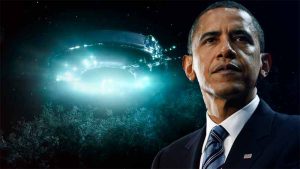 Netflix is ​​developing a production of former US President Barack Obama and his wife. This film would be called White Mountains and would be based on what is believed to be the first alien abduction in modern history: the case of Barney and Betty Hill. “After a 1960s interracial couple have a horrific encounter with a UFO, they set out to find out if it really happened or if it’s just a case of twosome madness,” reads the statement. brief description of the film leaked by Higher Ground Productions.

White Mountains will be based on the true story of Barney and Betty Hill. They are about a married couple who claim to have been abducted by aliens on the night of September 19, 1961, while returning to their home in Portsmouth, New Hampshire.

While driving on Route 3, the couple spotted a bright star-like object moving in the southwestern part of the sky. Barney Hill stopped the car several times so his wife could view the object with 7×50 binoculars.

The man assumed it was a small plane, until the object changed direction and headed towards them.

They were just over two miles north of Woodstock when the UFO moved past the car and flew to the right of the road.

Barney Hill took his wife’s binoculars, got out of the car and stood on the deserted road to get a closer look. The saucer-shaped object moved silently to the left and approached the immobilized car head-on.

It was then that Barney had a huge shock: through the binoculars he could make out small lighted windows on the side of the ship, and behind the small windows he could see the lighted interior where between five and eleven were. humanoid-looking silhouettes.

What was to follow would be an experience that would haunt them for the rest of their lives.