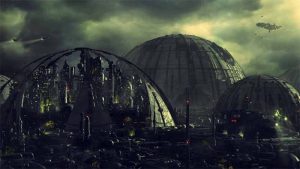 Ceres is the most water-rich planet in the solar system after Earth, allowing it to provide habitats for life. This makes it our third extraterrestrial home after the Moon and Mars. 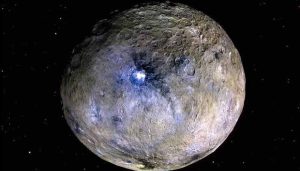 Ceres, the largest object in the asteroid belt between Mars and Jupiter, is 27% the size and 1.3% the mass of the Moon. Its gravity is equal to 3% of the Earth’s acceleration. Is it really beneficial for humanity?

Discovered on January 1, 1801, thanks to Giuseppe Piazzi at the Astronomical Observatory of Palermo in Sicily. Its orbital radius is 2.77 times greater than the Earth-Sun separation and its orbital period around the Sun is 4.6 years.

A day lasts only 9 hours and 4 minutes. According to data from NASA’s Dawn, there is virtually no seasonal variation in sunshine with latitude.

Water ice in its regolith ranges from around 10% at polar latitudes to much drier levels at the equator. In total, it is composed of about half water by volume, compared to 0.1% on Earth, and 73% rock by mass. Its geology is determined by ice.

Ceres is also the most water-rich planet in the solar system after Earth. Any pockets of salt water beneath its surface could provide habitats for life.

Its maximum surface temperature is -38 degrees Celsius, which is similar to the winter temperature of the Antarctic coast. Although it is higher than that of Europa and Enceladus, Saturn’s icy moons, both of which have subterranean oceans.

It has long-lived radioactive isotopes that help preserve liquid water below its surface for long periods of time, which could lead to organic chemistry. Organic compounds have even been detected in the Ernutet crater.

Some compounds similar to those found on Enceladus, such as carbonates, hydrated silicates and ammonium chloride, have been detected on the surface.

A 2018 paper concluded that although life underground faces challenges, these can be overcome. It is estimated that the number of such worlds could outnumber habitable rocky planets by a few orders of magnitude, creating some of the most abundant habitats for life. In August 2020, NASA confirmed that Ceres is a water-rich body, with a deep reservoir of brine seeping into the surface in several places, causing “bright spots”. This includes the Occator crater, as seen in the Dawn probe image.

This would confirm that Ceres could be the next destination for a human base after the Moon and Mars.

To make Ceres habitable, domes must be built over its craters. Inside, the temperature would gradually warm and organic molecules would be introduced, creating an Earth-like environment. Water would be collected from the surface and used for irrigation, and gaseous oxygen could be treated.

There are many advantages to settling on Ceres. The base is rich in resources, including water ice, organic molecules and ammonia. Its surface receives about 150 watts per square meter of solar radiation, or about one-ninth that of Earth.

This rate of clean energy supply is high enough that the installation can operate solely on solar energy.

It could become the transport hub for future asteroid mining infrastructure, being able to transport minerals to Mars, the Moon and Earth. Its low escape velocity, along with its large supply of water ice, could turn rocket fuel, water, and oxygen gas for spacecraft traversing the asteroid belt.

However, experts say other life forms that have preceded us are also likely to be found in its groundwater.

Ceres could arguably become humanity’s third option for colonizing the solar system. With its advantages and its risks, it would be an ideal place for our expansion as a species.

Post Views: 100,314
Tags: Ceres: our “third extraterrestrial home” after the Moon and Mars