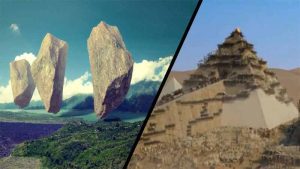 One of the strangest and most controversial discoveries in science is attributed to a Canadian inventor, John Hutchison. The “Hutchison Effect” is described as: “A highly anomalous electromagnetic phenomenon which produces the gelling of metals, the spontaneous levitation of ordinary materials and other phenomena”.

What the Hutchison Effect is supposed to do is miraculous to say the least. The effects it has on matter could completely change history.

The Hutchison Effect is believed to cause the elements to resist gravity, the spontaneous rupture of metal, the fusion of different materials, such as metal and wood, and other strange occurrences.

Hutchison claimed to have recorded the phenomenon on several videotapes and shown it to experts from the US Army Intelligence Agency.

His followers often compare him to the famous scientist and inventor Nikola Tesla. Also, the Hutchison Effect is believed to have been accidentally discovered while trying to replicate one of his experiments.
Hutchison’s experiments used several Tesla coils, as well as a Van de Graaf generator, which generates static electricity.

It is unclear exactly how these high voltage devices work together to produce this effect.

However, his proponents claim that the Canadian’s invention harnessed an exotic energy, called zero-point energy, through a hypothetical electromagnetic wave called a “scalar wave.”

The energy present at zero degrees Kelvin, the temperature at which all activity in an atom is supposed to end, is known as zero-point energy.

It is also known as vacuum energy because it describes the energy in a complete vacuum, where light and matter do not exist. Random electromagnetic oscillations can still be observed in this state, which would indicate that some energy is still present.

The idea behind zero point energy harnessing is that the cosmos is totally saturated with a continuous background energy that we are unable to see because it is everywhere, including in our homes and in our devices. of measurement.

It is very likely that, if this mysterious energy exists, it is immense. According to the theory, a volume the size of a coffee cup possesses enough energy to completely evaporate the Earth’s seas.

The Hutchison Effect could be the way energy storage and exploitation evolves in the world… Is it really possible?