The truth may not be elsewhere.

After investigating hundreds of reports of unidentified flying objects, the Pentagon said there is still no clear evidence of extraterrestrial life .

“We have not seen anything, and we are still in the very early stages, that could lead us to believe that any of the objects we have seen are of extraterrestrial origin,” Ronald Moultrie said on Friday. Under Secretary of Defense for Intelligence and Security.

The Department of Defense’s new All-domain Anomaly Resolution Office, or AARO, was created in July to track and investigate reports of UFOs in the sky, sea and space.

AARO Director Sean Kirkpatrick said his office had received “several hundred” reports, some dating back several years, in addition to the 144 encounters reported by the Office of the Director of National Intelligence in June 2021. 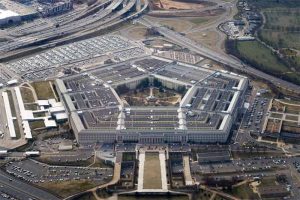 Kirkpatrick did not rule out the possibility that other intelligent life forms exist.

“I would just say that we structure our analysis to be very thorough and rigorous. We’re going to go through everything,” Kirkpatrick said. “I will follow this data and this science wherever it goes.”