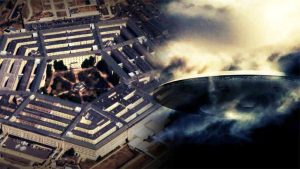 UFOs are one of the great fears of administrations, governments and armies around the world. In order to coordinate all the agencies, the United States created a special office responsible for monitoring and controlling them: the All Domain Anomaly Resolution Office, or AARO. 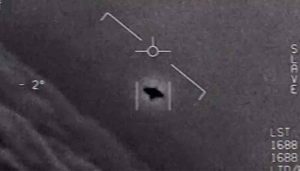 The AARO will be responsible for monitoring unidentified objects at sea, in the air and in space. This expires the old agency which was responsible for the exclusive identification of aerial phenomena.

AARO: The department that will track UFOs everywhere

Although there is no evidence of the presence of extraterrestrial craft, it is not uncommon for planes from non-allied countries to fly over protected airspace.

The problem is that, in recent years, we don’t even know what type of gear it is, or what its origin is.

The mission of the AARO will therefore be to synchronize the efforts of the Department of Defense, as well as other federal agencies. The goal is to detect, identify and assign objects of interest.

This is according to a statement released by the Department of Defense itself. Surveillance areas will be military installations, operation areas, training areas, special use airspace and other areas of interest. Leave the air gate to include more.

The ultimate objective of this office will be to “mitigate any threats associated with the security of operations and national security”.

Including anomalous, unidentified, spatial, aerial, submerged and “transmedia” objects. The latter are able to move between all these elements, for example by coming out of the water directly into space.

The AARO will be led by Sean Kikpatrick, who worked as chief scientist at the Defense Intelligence Agency’s Space and Missile Intelligence Center.

As can be read in the press release, the main areas of effort are surveillance, collection and reporting, systems capabilities and design, intelligence operations and analysis, mitigation, as well as than science and technology.

“Incursions of any airborne object into our SUAs [space airspaces] raise flight or operational safety concerns, and may pose national security challenges. »

The SUAs to which the Ministry of Defense refers are used as aerial plots of land that no unauthorized person can encroach upon. They are usually located above military bases, strategic areas and training areas. 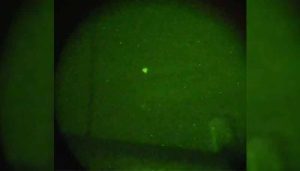 “The Department of Defense takes reports of incursions by any aerial object, identified or unidentified, very seriously and investigates each one. »

Another statement, signed by Deputy Secretary of Defense Kathleen Hicks, defines the AARO as the “DoD focal point for all UAP-related activities.”

The creation of this office is only the latest action taken by major US UFO agencies. The Biden administration has followed Trump’s legacy with lifting secrets and publishing reports on the subject, aiming for more transparent policy.

A few weeks before the AARO announcement, NASA also wanted to do its part on the UAP issue, by opening an investigative panel. The space agency’s studies will take about 9 months and should cost no more than $100,000.

“The study will focus on identifying what data is available, how best to collect future data, and how NASA can use that data,” said Thomas Zurbuchen, associate administrator for science at NASA Headquarters at NASA. Washington.

One of NASA’s goals in creating this panel is to standardize observations. In turn, the subsequent investigation of UAPs. Always from a scientific and research point of view.

“One of the things that we tangentially hope will be part of this study, frankly, is to help remove some of the stigma associated with this disease. This will obviously lead to better access to data, more reporting, more observations, and so on.