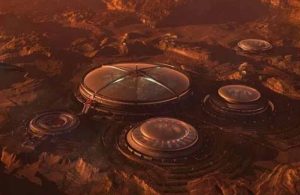 According to the researcher, the structure is more than 8 km in diameter. Waring also draws attention to some accounts of contact with extraterrestrials, in which Venus is often mentioned as the home of extraterrestrials. 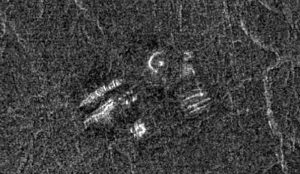 The presence of a huge structure on the surface of the second planet from the Sun could indicate that there may be life on it. In addition, the ufologist believes that it is located deep below the surface, and that the visible structure is only the top of a complex of colossal dimensions. 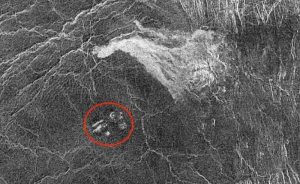 The subject of the presence of life on Venus has interested astronomers for several decades. In early 2020, a Russian scientist announced that the Venera 13 probe, launched in 1981, had captured “strange movements” on the surface of the planet.

The subject of the research was the photographs presented by the Soviet probe. 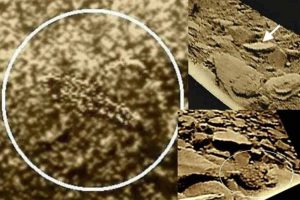 In one photo, the scientist saw a crab-like object near the Venera-13 landing probe (see photo above). In another photo, also taken by the probe, this “crab” has inexplicably moved to the side.