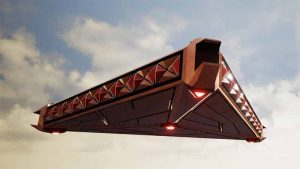 An old NASA photo from 1986 shows what appears to be a mysterious triangular UFO orbiting the planet. 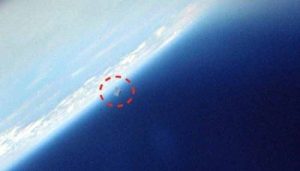 Controversial and internationally renowned ufologist Scott C. Waring wrote an article about a strange object that was seen in space below the Earth and captured by the lens of a NASA camera. Everything seems to indicate that it is a triangular UFO.

The ufologist is convinced that the photograph taken by NASA in 1986 captured an unidentified flying object in the shape of a triangle.

The triangular UFO would have been captured thanks to the STS61C camera of the Space Shuttle program, then in orbit around the Earth.

This mission involved up to seven astronauts and took place between January 12 and 18, 1986.

The researcher claimed that this strange event could have been observed by all members of the mission crew.

Waring insisted that we all need to pay attention to the huge size of the triangular UFO. Although it has no visible wings, solar panels or engines.

This fact alone could indicate that extraterrestrial civilizations have been in contact with Earth, closely studying NASA missions and, most likely, those of other space agencies. 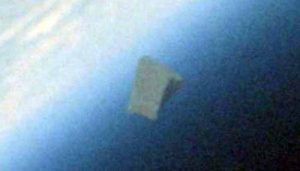 It is remarkable that the extraterrestrials at no time attempted to conceal their presence.

While it’s possible the astronauts were aware of what was going on, the space agency or, possibly, the US government, has forbidden them to comment.

Will we ever find out the truth?

However, it’s likely we’ll just have to wait for something about this triangular UFO case to come to light.

NASA employees may be motivated by recent releases of UFO sighting data to comment on such an idyllic setting as an unknown object orbiting the planet.

It should be noted that this is not the first case where UFOs have been observed orbiting the Earth or through our solar system.

Numerous satellite images have shown evidence of planes, even in strategic formation, heading for or leaving Earth.

So far, no one has said anything about this old photograph or the triangular UFO. We can only hope that a brave employee will decide to tell the truth.