Analysis of samples collected by the Perseverance Rover confirms that Mars may have been habitable thousands of years ago. 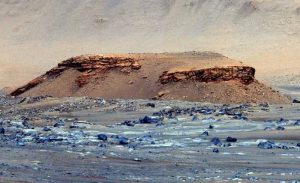 Mars has been confirmed to be a habitable planet with liquid water, organic compounds and carbonates in its environment.

This was confirmed by a group of specialists, after examining the samples taken by NASA’s Perseverance rover, a robotic vehicle equipped with 7 scientific instruments to analyze Mars in depth, which is located in the Jezero crater.

Specialists have concluded that solid samples prove that Mars may have once supported life.

Samples of the Perseverance rover

Researchers at Cornell University, using PIXL, Sherloc spectrometers and the Mastcam-Z advanced camera system, have demonstrated the existence of sedimentary geological debris that can only be generated in an environment of such compounds.
“The rocks at the bottom of the crater are igneous (they arise when magma cools and solidifies, like volcanic rocks) and were formed before there was a river, a lake and a delta,” said one. of the authors of the study, Alberto Gonzalez Fairen, researcher at the Center for Astrobiology (CSIC-INTA) and at Cornell University in New York. 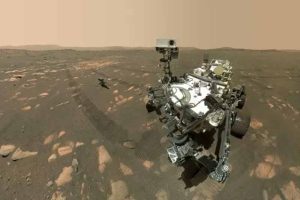 The lake of Mars

Important observations were made on the composition of the crater, notably on the olivine crystals which dominate the subsurface of the hole.

These large olivine crystals exhibit fractured textures and data suggest they were exposed to at least two different periods of water interaction.

Initially, the interaction was with the carbonated water circulating in the lake, which dissolved the olivine and precipitated it as carbonates.

After different periods of interaction (at least two) with small brines that left spots of concentrated salts as the fluids evaporated, this aqueous weathering led to the production of amorphous silicates, sulfates, and chloride salts.

“Thanks to this data, one of the main theories on the red planet has been proven: Jezero was an inhabited enclave more than 3 billion years ago, with liquid water and carbonate precipitation in an environment sedimentary geological rich in organic compounds,” said González Fairén.