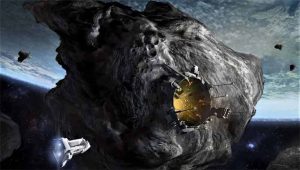 In recent years, scientists have been observing asteroids closely. According to the authors of separate studies, certain minerals found on these cosmic bodies could prove the existence of extraterrestrial civilizations. 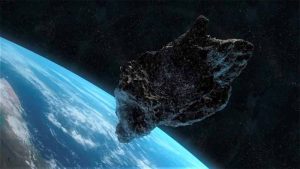 Scientists came to this conclusion in the 1960s, when the minerals heideite and brezinaite were created in the laboratory.

How they were able to form outside the lab remains a mystery to scientists. Needless to say, this fact has confused scientists.

However, some have suggested that this new discovery could indicate the existence of an advanced civilization in deep space, which actively used unique materials for its travels.

And years later, these materials arrived on our planets already in the form of lifeless asteroids.

Now, six decades later, a Venezuelan researcher is trying to make the connection between the minerals these scientists made in the lab and those that arrived on Earth from space.

Maybe, just maybe, these superconducting minerals from space are also man-made, BP Embaid, a physicist at the Central University of Venezuela, speculated in a study, not yet peer-reviewed. , published online on September 13. 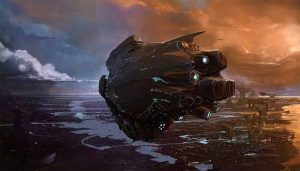 And if so, these minerals could be evidence of extraterrestrial technology, “technology signatures,” as scientists like to call it.

“It takes open-mindedness and even provocation to consider the following question: are these meteorite minerals samples of extraterrestrial technosignatures? wrote Embaid.

Scientists largely agree that we should search more widely, with a more open mind, for signs of extraterrestrial civilizations.

Embaid thinks brezinaite and heideite are so strange, with their unique formulations and coatings, that there’s a good chance they’ve always been made.

It is quite possible that all brezinaite and heideite in the galaxy originated in laboratories, either our own or those of an alien civilization.

“The genesis of these meteoritic minerals may require [a] controlled and sophisticated process not readily found in nature,” writes Embaid.

If it is true that brezinaite and heideite are exclusively synthetic, the implication is clear. Any meteorite found that contains brezinaite or heideite is not a natural space rock.

It is a fragment of extraterrestrial technology, more specifically “abandoned technology”, according to Embaid. Remnants of spaceships or probes long gone.

Post Views: 100,309
Tags: Some asteroids that fell to Earth could be ancient alien spacecraft