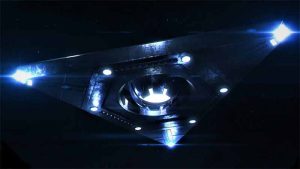 A resident of Washington, USA was startled by a large triangular UFO consisting of three bright lights moving across the sky. 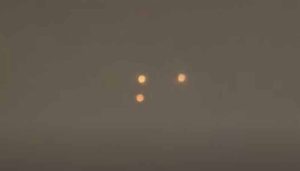 Triangular UFO sightings are generally difficult to explain. Especially in Washington, which has a very strict policy against drones, especially those launched by civilians.

In some cities in Washington State, the law completely prohibits the launching of drones or any other flying object of this nature. Additionally, the District of Columbia is a special closed airspace.

Also, people have expressed that if anyone tries to violate this ban, they will face the launch of a military aircraft tasked with intercepting them. Subsequently, very serious proceedings were initiated. This is why many people doubt that it is a drone, at least a civilian drone.

As for the possibility that it was a military aircraft, or even some sort of secret military drone, the question then arises as to how it was able to enter the skies of Washington and move freely without being detected.

Is it likely to be some unknown advanced technology? If so, is it a triangular UFO, terrestrial or extraterrestrial? 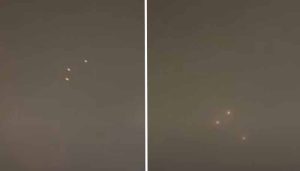 Many people have commented on this and think the video is 100% true. Also, other users have reported witnessing similar objects in the sky. Specifically in New York, Virginia, Florida and other states in the North American country.

Some skeptics have offered the possibility that it is a reflection of something projected from Earth. However, it was clearly refuted, claiming that if it did, a lightning bolt could be seen shooting skyward from the source of the projection.

The most popular version to explain these videos is that they are simply Chinese lanterns. However, halfway through the video, you can clearly see all three lights disappearing into the sky simultaneously, which is next to impossible.

Triangular UFOs have been spotted in different parts of the world, and their sightings are becoming more and more frequent. The problem is to know if they are terrestrial creations unknown to us or if they come from other worlds much more advanced than us.