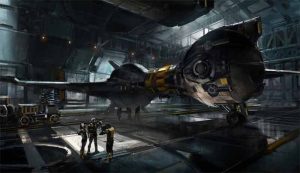 Speculation has swirled for years about what is kept inside this maximum security hangar or compound. 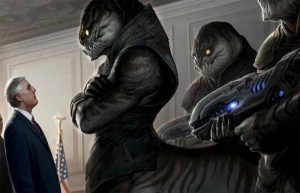 Citizens of the area keep pointing out the strange activity, the times when they start to see maneuvers or strange things inside the complex…

This situation is causing incredible concern among the population, who are wondering what the governments and these supposed extraterrestrial entities can be up to.

Researcher Phil Schneider caused a lot of controversy with his statements about extraterrestrials, including what he said about a being called Valiant Thor at a conference in 1995, where he assured that by working in operations secrets of the government, he met said Valiant.

“Valiant Thor looks human, but he has significant physiological differences and most importantly, he is from Venus. He is supposed to have been working for the US government since the year 1937”.

At least that’s the story told by Schneider, a geologist and engineer who says he had a Level 1 security clearance on secret government projects. He helped build underground military bases and worked at the famous Area 51 base.

“Thor was about six feet tall, had brown hair, light eyes, and six fingers on each hand. He was around 500 years old, an IQ of 1200 and an octopus-like blood system. But the most amazing thing was that he could speak a hundred languages. »

Few in the military have talked about extraterrestrials as explicitly as Schneider. But there are also many who believed in Schneider after seeing his videos, such as Gordon Duff who called him “a true revealer of the UFO phenomenon” in an edition of the American magazine “Veterans Today”.

Sadly, Schneider was found dead in his apartment on January 17, 1996 under suspicious circumstances. Many believe he was murdered, although the press has published that it was a suicide.