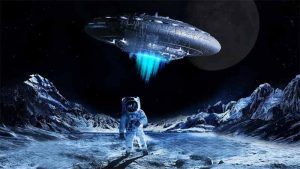 The last astronaut to walk on the Moon, Gene Cernan, claimed to have seen incomprehensible “light flashes” that “spinned”. It happened in 1972, on the fourth day of the presence of astronauts on the Moon, dailystar.co.uk reports .

NASA is currently on the verge of sending a new generation of astronauts to the Moon, but the latest astronaut to visit Earth’s natural satellite has warned scientists about strange phenomena he observed during his trip.

Gene Cernan claims to have seen a series of “bright flashes” on the Moon. The astronaut team that went to the Moon also included Jack Schmitt and Ronald Evans. 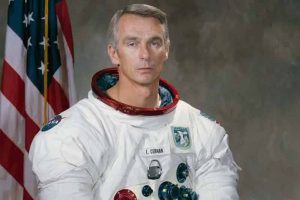 Despite noticing something inexplicable, NASA is still going to return to the Moon as part of the Artemis mission, in search of “scientific discoveries” and “economic benefits”.

Concerns that the light flashes might be an engine fire were dismissed by fellow astronaut Schmitt, who said his “commander doesn’t think I can see the engine bell” from his position.

Audio recordings of the flight show Cernan’s exact words, where the astronaut is heard saying, “I don’t know. They have the same intensity and are quite regular in the intensity of the bright and weak flashes they emit, and they are widely separated. »

Gene Cernan spoke of a “bright flash” and a “rotating” object that he could not identify.

NASA reports that an astronaut saw part of an ejected rocket that may have reflected sunlight during the flight.

Ufologists are sure that an astronaut who has undergone many years of training will be able to distinguish a rocket from an incomprehensible phenomenon.

Since ancient times, people have believed that the moon is inhabited. The first mention of the “dwellers of the Moon” dates back to 1064. A little later, the French astronomer Louville and the famous Galileo observed strange lightning on the natural satellite of the Earth.

Astronomers at the time recorded changes in the Moon’s craters, movements of bright objects on its surface, and strange flashes.