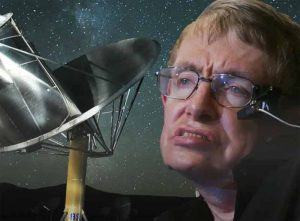 Stephen Hawking thinks humans can enhance their genes through technology, but he fears that superhumans will contribute to the destruction of our planet.

Hawking was very eloquent when talking about the future of mankind. For example, that people will not be able to live long on planet Earth. We will have to migrate to another habitable planet in order to save our species.

Moreover, our planet is not located at a stable point. One day, it will disappear at the same time as the Sun. So we have to think about how we can save our future generations.

We invite you to pay attention to some of Stephen Hawking’s statements regarding the future of humanity and the Earth.

Humans will have to leave the Earth

Stephen Hawking demanded that people start looking for new worlds to relocate to. According to his theories, humanity will eventually fall victim to a global extinction caused by an asteroid.

He thought that one day our planet would disappear following a collision with an asteroid. Hawking understood many other possible threats, such as climate change, artificial intelligence, viruses, and nuclear war. So he wanted us to find planets to save humanity.

Stephen Hawking feared that machines would one day take over the world. He feared that the development of artificial intelligence would lead to the emergence of a new form of life that would surpass humans. So he asked people to be very careful with the AI ​​and not let it make decisions.

“The development of full artificial intelligence could spell the end of the human race,” he said in a 2014 interview with the BBC. “It would take off on its own and redesign itself at an ever faster pace. Humans, who are limited by the slowness of biological evolution, could not compete, and would be supplanted. »

Stephen Hawking considered global warming to be one of the main threats to life on Earth. Hawking warned of a so-called tipping point where global warming would be unstoppable.

According to him, humans would not be able to survive on the planet after this “tipping point”.

The arrival of extraterrestrial civilizations

Stephen Hawking believed aliens could harm humanity. He thought they would cause destruction on planet Earth, destroying humanity.

Some of what he says makes sense because we have no idea what kind of creatures live in space or what they have in mind. Future generations will have to deal with this, as astronomers are eager to come into contact with extraterrestrial beings.

“Such advanced extraterrestrials would perhaps become nomads, seeking to conquer and colonize every planet they could reach,” he said.

“Who knows what the limits would be? And in the 2016 documentary Stephen Hawking’s Favorite Places, Hawking reiterated his point: “Meeting an advanced civilization could be like Native Americans meeting Columbus.” It didn’t go so well. »

Rise of the Supermen

Stephen Hawking believed that in the future people will improve their genetics by developing appropriate technologies. He feared that the appearance of supermen would destroy the Earth.

Stephen Hawking thinks that in the future we will introduce laws prohibiting genetic engineering on humans. But some people will not be able to resist the temptation to improve human qualities such as memory, resistance to disease and longevity.