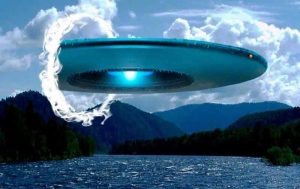 The CIA and the UFO mystery have been one and the same since 1947. Since then, a number of CIA officials and former US military personnel have directly promoted UFOlogy with startling statements.

R. James Woolsey, Derrel Sims, Lue Elizondo, David Fravor and other former CIA and US military officers described how the existence of a reality all around us that we are unable to see could be a major component of the UFO phenomenon.

Jim Semivan and John Ramirez, two CIA veterans who have shown a personal interest in UFO/UAP issues and cases, appeared on George Knapp’s show to discuss CIA involvement in research on UFOs as well as their own experiences. 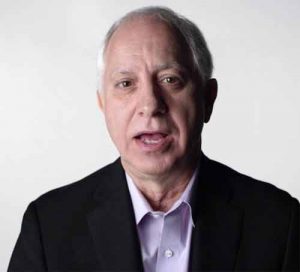 Jim Semivan worked for the CIA for 25 years before joining Tom Delonge’s “To the Stars” academy along with other former government insiders. He explained in detail how he got into the CIA and how he mastered spy techniques, which take years to master. With the CIA operating on a “need to know” basis, Jim Semivan was not made aware of UFO studies, although CIA analyst Kit Green is known for his interest in the paranormal.

Jim Semivan served the CIA for 25 years as an operations officer. On Coast to Coast AM, Semivan recounted in detail his own encounter with extraterrestrials with his wife, which began in 1990 and during which entities appeared in their room.

He said the encounter was real and not a hypnagogic state or a dream. After that, the couple experienced occasional poltergeist activity in their home, and they recently claimed to have seen a hooded figure resembling Harry Potter’s Death Eater character, who allegedly appeared to announce the death of a close friend.

Semivan agrees with Skinwalker Ranch researcher Colm Kelleher that the UFO phenomenon is much more than a set of cogs and mechanisms, as there are also emotional and biological factors that heighten the strangeness. He noted that To the Stars’ examination of “metamaterials” with unusual isotopic ratios (possibly related to UFOs) was still ongoing.

Semivan said in the first part of the interview, “I think they mention that the phenomenon is a natural part of our universe, and we live in it but we don’t recognize it. In the same way that insects and animals do not recognize the universe of humans.

“A cat and a dog might be running through a library, but they haven’t a clue what books are and what libraries are. We could be walking through our existence and there is a whole other reality around us that we just don’t have the ability to see or interact with. »

“Looks like she’s peeking inside our little consensus reality. As I explained to someone once, she comes over, she teases us, she cajoles us, she lies to us, but you can never take her home to meet the parents. She doesn’t allow you to do that. There is no formal presentation. »

“Add to that there’s no ontology, which is just a fancy word, it basically means there’s no structure to even discuss this. We don’t have a common lexicon. Someone said we have dots but no connections. I don’t even think we have any points,” Semivan continued. 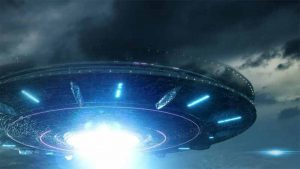 The second part of the interview was devoted to John Ramirez, a 25-year veteran of the CIA, specializing in ballistic missile defense systems. He explained his lifelong interest in espionage and how, in 1984, he moved from a naval officer to the CIA. He compared intelligence gathering to working as a journalist for a news agency, except that his sources of information were usually top secret.

Like Semivan, he experienced what could be described as alien abduction-like events, such as being placed on an examination table in a circular vessel. Interestingly, he indicated that a number of his CIA and NSA colleagues had also had UFO encounters. He was aware of times when Russian radars picked up strange craft while working on missile defense, and he claimed that in one incident they tried to persuade a UAP to land.

According to Ramirez, CIA historian Gerald Haines wrote about the agency’s examination of UFOs from 1947 through the 1990s for a section called the Office of Scientific Intelligence. Ramirez was particularly intrigued by the fact that the division employed personnel with backgrounds in life sciences and medicine, implying a potential interest in extraterrestrial bodies.

Lue Elizondo has voiced these ideas in various interviews, but in this one she was asked to expand on her remarks about how our senses are reducing and limiting our world, and how that relates to the phenomenon. 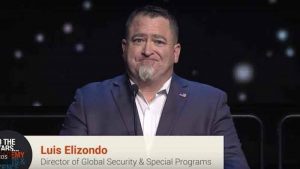 He replied, “It’s a problem we’ve been dealing with for a long time. Imagine the first person to board a boat and sail beyond the horizon. There are stories of sea monsters and Krakens that will devour you and destroy your ship. Yet, we did it anyway. We sailed, and we explored the world. »

“It turns out that, 500 years later, there really are sea monsters. We call them large Pacific squids, great white sharks and whales. Now they are part of nature and have a scientific name, but these sea monsters still exist. »

“They are there, we just learned to understand them. Maybe it’s the same thing. Maybe it’s just another expedition on the horizon where we realize that what we thought were monsters are actually just neighbors. »

We can add Frank Milburn, strategic and operational advisor and former intelligence officer, to the list of those who allude to the fact that the phenomenon is around us all the time, and that our narrow senses limit our ability to perceive it. By comparing his comments to those of others who have said similar things, it seems like a narrative is starting to form.

In the last 10 minutes of this interview on Darkness Radio, Milburn talks about the aspects of the phenomenon that the general public will find hardest to accept as reality.

“I think now people can sort of relate to it. Like, okay, maybe we’re not alone in the universe. But they still think in terms of ETs, extraterrestrials, people visiting us in some kind of physical vessel.

“I think what’s really going to blow people away, and what they can’t figure out, is the kind of larger, weird, very strange stuff that Doctors Jacques Vallée and Eric Davis are talking about. »

“The kind of high strangeness of the different phenomena. Things at Skinwalker Ranch like poltergeist activities. You know, cryptids. You know, the fact that all of these things seem to have these disembodied voices. »

“The fact that UAPs and this kind of phenomena seem to occur in an area very close to each other, and seem to be interconnected in some way, maybe. You know, cattle mutilations. »

“That’s where I think it’s going to be problematic, for people to navigate. The fact that the phenomenon can drain cattle of blood and kill dogs, and fill people with a kind of adrenal pheromonal fear. That he can control people’s minds. »

“These are things that people are going to have a hard time understanding. The fact that there are invisible entities which can have malignant or benign intentions and which operate around us without us being able to see them. There’s a whole different sort of parallel existence that intersects with ours. »

“I think that’s what people are going to have a really hard time grasping. »

And now think about microscopic organisms and what it took for us to become aware of them and see them. Imagine how much more there could be that we just aren’t able to perceive yet.

We quite often call people crazy who have seen things from beyond, but who’s to say that those people haven’t just seen something that’s still there, but normally imperceptible to us?