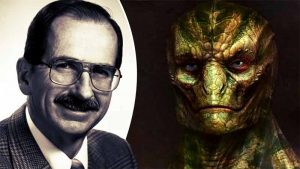 In 1982, paleontologist Dale Russell unveiled the “Russell hypothesis”, a possible evolution of dinosaurs if they had not died out. They would have become humanoid, much like the known reptilians. 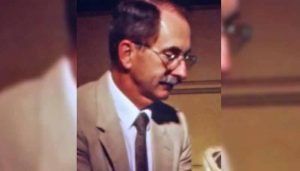 The Troodon was a bipedal dinosaur, whose weight was similar to that of a human being and whose cranial capacity was enormous. Russell’s hypothesis suggests that following this extinct species, evolution occurred, ending with surprising results.

Russell’s hypothesis and the evolution of the Troodon

Although this is a hypothesis, could there be an evolution unknown to science? Dinosaurs lived until about 66 million years ago.

If a species has managed to survive extinction, it is very likely that it has gone through an evolution that has led it to adapt to the environment, taking on an appearance similar to that of humans… but being even smarter.

Russell’s hypothesis was put forward by Dale Russell, a paleontologist at the Museum of Natural Sciences of Canada who later worked for the North Carolina Museum, where he researches these concepts.

It should be noted that Russell’s hypothesis is not based on the actual existence of these creatures, but on a “what if”. His theory was based on a specific species of dinosaur, the Troodon. This predator weighed about 60 kilos and lived about 75 million years ago.

Studies have revealed that the predator had a much larger cranial capacity than other species that lived at the time of its existence.

Accordingly, he explained what would have happened if the passage of time had transformed this creature into a totally different being. The Troodon was bipedal, with two arms and three toes.

The Troodon, a modern-day reptilian 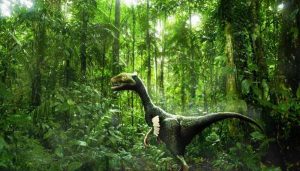 Russell suggested that the passage of time had given him larger eyes than he had. Surprisingly, this creature already possessed binocular stereoscopic vision, similar to that of a human.

Due to his brain capacity, years of evolution would have given him a bigger brain, increasing the size of his skull. This would allow him to walk upright and have a neck to support his head. Exactly like humans.

In turn, by becoming a bipedal creature, it would lose its tail and its reproductive organs would remain inside its body, much like today’s reptiles.

Russell’s hypothesis suggests that these beings would have developed a form of communication similar to the bird’s sled. The only feature that would be far removed from human mammals.

This reptilian would retain the three toes of its ancestors, although it is possible that over time a few others will appear. This would allow him to create increasingly complex tools.

Given the number of ancient legends and cults that have existed for reptilian-like creatures, is it possible that Russell’s hypothesis is correct? That the ancient gods are actually an intelligent evolution of the dinosaurs?