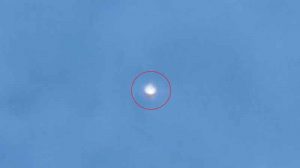 A video of an unidentified flying object above the skies of the United Kingdom raises questions. Is this the ultimate proof?

UFOs have become one of the most popular and discussed topics of recent years. This is probably due to the importance that the government, scientists and even NASA have placed on this subject. Previously, a few years ago, this was not the case. UFOs were the stuff of conspiracy theorists and no one seemed to take a serious interest in the subject. But things have changed, as I have written many times in the past. And things have changed for the good of the UFO subject. It is because, FINALLY, we give the subject the importance it deserves. We are now curious about UFOs, instead of jokingly dismissing them. NASA is seriously considering it. The Pentagon too. And laws are written to help protect people with information about it.

All for the sake of clear and clean UFO disclosure. Because we deserve to know what’s in our skies. By this I do not mean that the Unidentified Flying Objects are otherworldly vehicles. It’s a possibility. But it has not been proven, at least not officially.

That said, many people around the world post all kinds of videos on Facebook, YouTube, and Twitter. UFOs are a hotly debated topic, and many videos go viral very quickly. Some of these videos are questionable documents. Others are amazing. And it’s hard to tell the real from the hoax. Nevertheless, I think all UFO videos should be taken into consideration. I also think we shouldn’t discard certain footage just because it looks too good. Nor should we blindly believe everything we see. That’s why I appreciate what Professor Avi Loeb of Harvard and his colleagues are doing with the Galileo project. This is perhaps one of the most serious and scientific UFO investigations in history.

Given what I just said about the difficulty of discerning right from wrong, I came across this video on Twitter . It shows an unidentified flying object filmed in broad daylight in the UK sky. The object appears to be metallic in nature, and commenters on Musk’s social media network have all sorts of theories as to what the object could be.