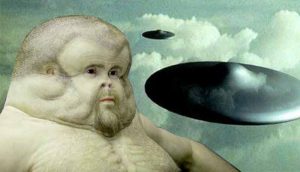 Ross Coulthart is an investigative journalist who has written on topics ranging from Irish rebels to big pharma. He has received numerous awards, including the Gold Walkley, for his work. In his latest book In Plain Sight: An investigation into UFOs and impossible science ( Amazon link here ), he talks about an unidentified aerial phenomenon.

In his book, In Plain Sight, Ross Coulthart provides a comprehensive analysis of the evidence supporting the Unidentified Aerial Phenomenon. He also talks about the nature of state deception and the technological implications of this phenomenon. He claims that some ancient ruins on Earth have no connection to humans. Ross Coulthart has received “outlandish” reports that some ancient ruins belong to earlier Earth civilizations that have no connection to us.

Post Views: 100,469
Tags: Ross Coulthart: "I'm told this [the UFO phenomenon] is about humans in the future"