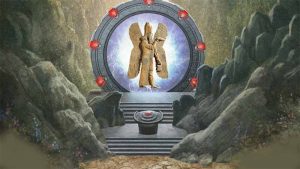 According to conventional history, the region that is now Bolivia was inhabited by ancient cultures that had no contact with other ancient civilizations outside of the Americas. But what if there was evidence that could prove otherwise? 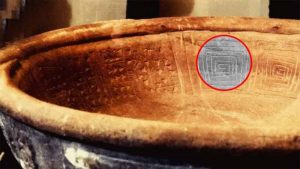 This proof exists, and it is called the Fuente Magna (The Magna Vase, or the Magna Fountain, editor’s note). Called the “Rosetta Stone of the Americas”, this Fuente, found very close to the shores of Lake Titicaca and initially believed to be a crude forgery, has attracted increasing attention from various scholars, many of whom have defended its authenticity.

The key to the controversy lies mainly in the presence of scripts in two languages ​​that have absolutely nothing to do with geographical location, namely the Sumerian cuneiform script and the Semitic script.

Likewise, both the engravings and the style accompanying the texts are perfectly in keeping with Mesopotamian traditions. All that remains is to determine what the Sumerians were doing in America over 5,000 years ago.

Also known as the Fountain Vase. It was discovered in Bolivia by a farmer on private land believed to have belonged to the Manjon family, located in Chúa, about 80 kilometers from La Paz, near Lake Titicaca.

Parts of the vase are said to be written in Sumerian, Proto-Sumerian, and Mesopotamian Semitic cuneiform characters.

It is a large piece, similar to a libation vessel, probably used in religious ceremonies. It was found in 1950 by a farmer near the village of Chua, near Lake Titicaca.

It is currently kept in a small museum on Calle Jaén, in La Paz, Bolivia: the museum of precious metals “Museo de Oro”.

On the outside, the vase contains zoomorphic bas-reliefs (of Tiwanaku origin), while inside, in addition to a zoomorphic or anthropomorphic figure (depending on the interpretation), two different types of writing are incised, an ancient, proto-Sumerian alphabet, and Quellca, the language of ancient Pukara, the precursor civilization of Tiwanaku. In 1960, Bolivian archaeologist Max Portugal Zamora performed some minor restoration work on the stone vessel and unsuccessfully attempted to decipher the mysterious writing etched inside.

Among several researchers, it is necessary to highlight the openness and the breadth of the work of the North American researcher Clyde Ahmed Winters PhD, who has a great experience of ancient writings and languages, and who has focused his studies on the search for the relationship African peoples with pre-Columbian America.

He was one of the few scholars who dared to decipher these signs. Dr. Winters sent us his, which reads:

“Approach in the future a person endowed with great protection in the name of the great Nia. This oracle is for people who want to achieve purity and strengthen their character…. “.

“The Divine Nia will spread purity, serenity, character. Use this talisman (the Fuente Magna) to germinate wisdom and serenity within you…”

“Using the right sanctuary, the holy ointment, the sage vows to undertake the right path to attain purity and character. O priest, find the one light for all who desire a noble life. »

According to ancient texts, Ni-ash (Nammu or Nia) was the goddess who gave birth to Heaven and Earth in Sumerian times.

The bas-relief inside the vase, which may evoke a frog (symbol of fertility), is, according to some specialists, a representation of the Sumerian goddess Ni-ash.

According to Winters, these signs could even be considered “pre-Sumerian”, that is to say older than the oldest language in the world…