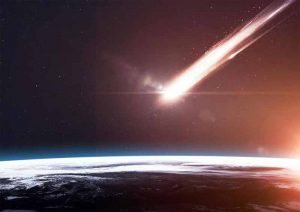 A mysterious space object wreaked havoc in Gran Canaria last Wednesday afternoon. According to official sources, the object crossed La Palma, El Hierro, La Gomera, the south of Tenerife and passed through Gran Canaria, to end up plunging into the sea, on the north coast, between the municipalities of Arucas and of Guia.

The powerful noise generated by the trajectory of the object alerted the population of different parts of the island. A subsequent fire in the area suggested it was due to meteorite impact, which was later ruled out.

When it entered the sky of the Canary Islands, we saw a luminous object of an intense red color, then a trail of smoke. He crossed the western islands towards Gran Canaria. 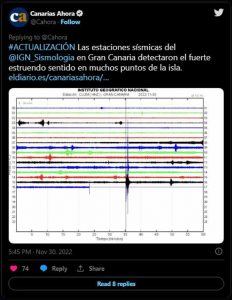 The alarm sounded at 3:39 p.m. last Wednesday, when dozens of people called 112 to report “concussions” whose origin has not yet been identified.

According to sources within the emergency services, for the moment they have not had to intervene and information about the incident is being evaluated.

“I don’t know the origin, but the tremor was quite strong. It wasn’t just the windows, floor and walls that were shaking, but in the background there was a sound like a distant explosion,” said Twitter user @meteograncanaria.com.

The National Geographic Institute recorded the shock, but still does not specify its origin. The authorities are trying to find the cause of the great noise which, this Wednesday, has Gran Canaria in suspense.

Although it is believed to be a meteorite, this has yet to be proven. It would be a one meter long object that would weigh several tons.

Such an object would cause a huge tidal wave when it crashes into the sea, which does not appear to be the case here. So, was it a meteorite or some other object that crashed into the sea?

Post Views: 100,302
Tags: An unknown space object has crashed into the sea near the Canary Islands