So let’s say that there are aliens. They are presumably several parsecs away from our Sun in their home world. Furthermore, if the aliens lack FTL technology, they will have to decide what or who to put aboard a spaceship that will travel to Earth.

Most likely, interstellar trips are incredibly monotonous and lengthy. Not to mention the perils that may arise during a protracted trip through the radioactive abyss for extraterrestrial space travelers. Is it plausible that fictitious aliens might choose to fly themselves?

We are used to seeing aliens as living creatures, “little green men” that resemble us in certain ways, thanks to science fiction in movies and novels. The “tech signature” of extraterrestrial life, however, could be more widespread in the Galaxy than even the biological presence of simple species.

So, a surprise may be in store for us in this regard, says Seth Shostak, a renowned astronomer at the SETI Institute (a group dedicated to the search for alien intelligence). 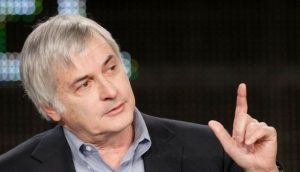 If we have previously encountered extraterrestrial life, Shostak is certain that it is improbable that they were biological beings. He believes that the likelihood of artificial intelligence from another planet visiting us is substantially higher. It wasn’t Alien from a cinematic perspective; rather, it was Oblivion.

Shostak is certain that for biological humans, interstellar travel without “superluminal” propulsion is not a very appealing idea. Given that nothing very exciting often occurs between the stars, such voyages would likely take an extraordinarily long period and be pretty dull. We could travel to Proxima Centauri, our closest star, in around 75,000 years if we had the finest space technology.

The SETI representative suggested that advanced civilizations may create new kinds of spaceship engines that would enable far quicker travel. 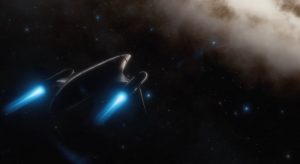 Artificial intelligence housed in machines rather than organic beings would likely be a more suitable messenger to other worlds for such travels.

Presumably, artificial intelligence would not mind spending thousands of years in space. Outside of his immediate surroundings, he won’t require food, air, medical care, or amusement.

Because of this, individuals who wish to think that aliens will save mankind (from itself) should instead depend on the superior powers of the machine mind to assist in solving our issues.