What are they working towards? Honestly, no one knows. A $24 billion dollar budget every year doesn’t seem to directly benefit us, the people, in any direct way whatsoever. But industry loves them making advances I’d venture to say. Aerospace and other industries benefit from NASA, just not us, directly at least.

One such hacker happened to crack the code and get past NASA’s mean firewalls. A hacker by the name of Gary Mckinnon actually got past and gained access to NASA systems. In his search past the cozy ordinary of NASA’s website he found out that the US has a fleet of fully operational space battleships, according to NASA. Gary is convinced in his search that the US has a covert space military manning these battleships in space.

But are they really? or is this simply what NASA reports back to the Government? NASA could say “There up there” see, here are some CGI images we formulated.. and the Government keeps feeding them $2 billion a month. Who really knows.

Gary Mckinnon is The Only Known Person To Ever Hack NASA

But Mckinnon is convinced after his hack, as he found what appears to be star wars like fleets of space battleships. According to Gary, the US has been defending humanity from alien threats with these massive ships. 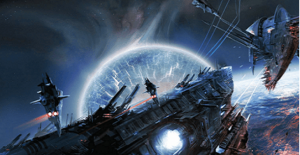 Mckinnon shared the whole truth about his discoveries when he shared:

I went on for months at a time, ‘they’re going to shut this door’ I kept thinking. Mckinnon explained “I used landsearch, which allowed me to search for all the files and folders that I was interested in.

I scanned and looked for records until I came across a spreadsheet in excel with the following heading “Non terrestrial officers” Mckinnon agrees that there were names and ranges assigned to them on this list. They even had tabs to ‘transfer stuff’ between the boats, it must have been a space boat.

The names of which began with the letter USS. (Side note: The USSR is the former soviet union, any connection?)

Mckinnon goes on to share “The massive space cruisers weren’t completed until the 1980’s as a part of a top secret space program known as solar warden.

Gary Mckinnon is one of the most prolific hackers in US history hacking NASA, the Army, Air Force and Navy!

The National Aeronautics and Space Administration:

Mckinnon mentions an encounter with Donna Hare, who was a former NASA informant. In this dialogue a colleague informed her that NASA was airbrushing UFO’s out of their images and hiding the truth. Go figure, NASA is good at two things.. lies and deception.

“There was a colleague in another room, everyone had secret authorization, but they were all working on various projects, and she (Donna Hare) was in the lab and said “Come and look at this.” – Craziest part? Mckinnon has had his accusations backed up by multiple former NASA and Government officials.

Also something that is worth noting and keeping in mind. Trump did establish the ‘space force’ while in office. Something that can be gradually introduced into humankind and be more accepted and reasonably understood by the public.

Post Views: 100,489
Tags: This Man Hacked NASA’s Computers And Claims “A Battle in Space With Extraterrestrials is Happening Right Now!”