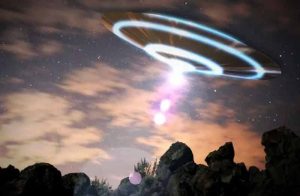 Plans for the first ever physical UFO historical information collection site in the United States have been revealed, in what has been seen as a groundbreaking move by many followers of the subject, reports Wales Online .

In recent years, the US government has made successive revelations acknowledging the subject of UFOs/UAPs as a genuine phenomenon. Subsequently, many US military, intelligence, and scientific agencies began adopting programs to study the subject, such as NASA and the AIAA.

In addition, in the civilian sector, there has been an influx of new researchers into this field of investigation. Many academics and scientists belong to this group.

However, most of them do not have access to the wide range of historical documents and data possessed by American civilian historians and researchers specializing in UFOs and UAPs.

With this new respectability of the UFO/UAP subject comes a growing need to create more space for these historical records.

Such is the case with David Marler, a pioneering UFO researcher, who set up a new center – the National UFO Historical Records Center – in Albuquerque, New Mexico.

This center, whose objective is to preserve and archive everything related to UFOs, will allow everyone to easily obtain the information they need.

“Over the past several years, the US government has repeatedly released information acknowledging that the subject of UFOs and UAPs is a genuine phenomenon,” he said.

“Furthermore, in the civilian sector, there has been an influx of new researchers into this field of investigation. Many scholars and scientists are included in this group. »

“However, most of these parties do not have access to the vast array of historical materials and datasets in the hands of American civilian UFO/UAP historians and researchers. Thus, the National UFO Historical Records Center was created to collect and centralize data in the United States. »

The future of the facility will be determined by various variables, not the least of which is accessibility to adequate funding.

But if it works, it will be a significant advance in the study of UFOs.

Post Views: 100,241
Tags: The very first UFO archive center will be created in the United States