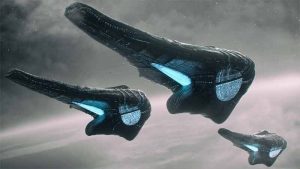 Different places around the world have become “hot spots” for UFO sightings. One of these places is in Mexico: Point Marconi. A possible intergalactic portal to deliver alien spaceships? 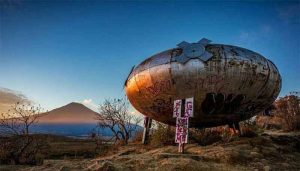 The municipality of Atlixco, in Puebla, has a place that for years has witnessed massive UFO sightings. Known as Punto Marconi, he seems to be controlled by an uncommon force.

The Marconi Point: an intergalactic portal?

One hour from the capital Puebla, on the Puebla-Atlixco federal highway, hundreds of visitors from all over the world flock to Point Marconi.

It is believed that it is possible to establish a connection with intergalactic beings. This was revealed by the late ufologist Norberto Gil, who explained that the site was discovered by his father, the industrial engineer Norberto Gil Salgado.

Together, they studied the place and discovered that it is a high place of observation of unidentified aerial phenomena. It is therefore possible that there is an intergalactic portal in the region.

But that’s not the only thing happening. He explained a rather peculiar situation that occurs in the region: when an object is placed on the slope, it goes up instead of down.

This phenomenon has been attributed for years to magnetism. However, after studies conducted in 1991, specialists discovered using an altimeter that there is actually an 80 degree variation on the asphalt floor, which causes this effect.

“There is a variation of 80 degrees between point A, towards the center of Atlixco, compared to point B, towards San Baltazar Atlimeyaya. Thus, objects or even cars, when left in neutral, move up the slope instead of down it. 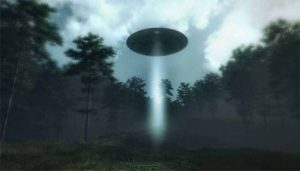 Since the 1990s, locals have witnessed strange shapes and lights crossing the sky. Especially at night.

The popularity of the site then increased among ufologists and specialists, who came to the site to investigate.

Gil said different research groups came to the site in the 1990s. One of the most renowned researchers was Jaime Maussan, who named the area Punto Marconi in reference to the electromagnetic part.

MUFON said that for a location to be a “victim” of UFO sightings, it must meet 4 characteristics: surround aquatic establishments, have volcanoes or mountains, historical human settlements, and the celestial vault must to be visible.

Marconi Point has all these characteristics; there are 4 volcanoes around, Popocatepetl, Iztaccihuatl, La Malinche and Pico Orizaba. There are also several rivers that surround the area and it is an open space that leaves the celestial vault visible. Additionally, several ancient cultures have inhabited the area.

The impact of the area was such that in 2001 a sculpture representing a UFO was made. It was made by Chilean sculptor Ricardo Vivar, who used industrial waste to create the “Casita Blanca de Atlimeyaya UFO”. It has a diameter of 8 meters and a height of 7 meters.

Marconi’s Point is considered the 7th most active UFO site on the planet. In addition to this, it has a beautiful natural landscape, which makes it receive the visit of hundreds of tourists from all over the world… and perhaps, from other planets.