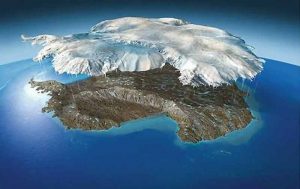 Despite Antarctica’s unfavorable climate, scientists have discovered that beneath its icy surface there could be a “tremendous source of life” that spans millions of square kilometres.

Researchers have found that there could be anything up to 5 million square kilometers beneath the icy surface of Antarctica.

Previously, scientists thought that algae in Antarctica only appeared in summer, because the continent’s thick, dense ice sheet prevents the penetration of sunlight.

However, a new study by a team from Brown University in the United States and the University of New Zealand in Auckland has shown that some of this algae could be permanently under the surface of the continent, reports Newsweek .

According to Christopher Horvath, leader of the study, “the discovery of plants helps to challenge the paradigm that regions below the sea ice are lifeless and raises important new questions about the food webs that may lie under the ice in Antarctica. We think they could cover up to 5 million square kilometers of subglacial area in the Southern Ocean. »

Similar conclusions were drawn by a team of researchers using data collected by NASA’s Earth observation satellites, as well as floats placed in the ocean.

The sea ice of the Southern Ocean is made up of layers of dense ice between which there are small patches of water. Scientists believe that these patches of water let in light even during the winter months, allowing algae to photosynthesize year-round.

The ice itself is also thin enough to let in some light – its thickness is usually between 1 and 3 meters, explained marine biogeographer Hugh Griffiths, from the British Antarctic Survey. However, life has been found even on the ocean floor, where there is no light at all.

Post Views: 100,192
Tags: An area of ​​up to 5 million square kilometers could harbor life under Antarctica