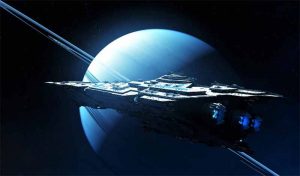 A leading space scientist says he knows where aliens are most likely to be. In an article published in the journal Universe, Zuckerman says that thanks to recent improvements in telescope technology, scientists can now easily identify alien outposts.

This controversial theory is based on the existence of Dyson spheres. Alien structures that experts have been searching for decades.

It would be hypothetical colossal extraterrestrial constructions covering a star to harvest its energy. However, no evidence of their existence has ever been found.

Nevertheless, it is clear that if discovered, it would be the mark of an advanced civilization, capable of exploiting the resources of a planetary system.

Mr Zuckerman, a former UCLA professor who has published hundreds of papers and books, believes white dwarfs represent our best chance of finding a Dyson sphere.

He explains that these huge constructions would alter the infrared signature of stars, making them easy to spot.

White dwarfs are ubiquitous in our galaxy. They also give off a lot of heat that could potentially be absorbed by a Dyson Sphere. In this way, he would power an entire civilization.

The astronomer argued that infrared data already collected by recent satellites could be scanned for signs of extraterrestrial life. 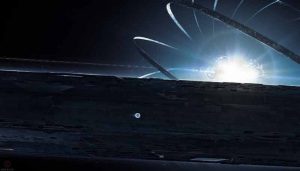 We can find them

“It has been speculated that advanced technological civilizations would build giant space colonies and supporting infrastructure in orbit around their home star.

Thanks to recent satellite data, it is now possible to begin to limit by observation the frequency of these space civilizations in our galaxy the Milky Way. »

The scientist also calculated how many extraterrestrial civilizations could exist. He believes that less than 3% of habitable planets orbiting Sun-like stars harbor advanced extraterrestrial life.

We would therefore have a few million left to watch, if his theory proves to be correct.
It should be noted that the professor is no stranger to controversy, so his hypothesis is likely to cause discontent. Many experts are adamant: Dyson spheres simply cannot exist.

And if, for the moment, this argument is only possible in science fiction, nothing prevents them from being constructed. We just have to find the alien civilization advanced enough to achieve this.

Post Views: 100,184
Tags: Aliens in our galaxy? A scientist claims to know where they are