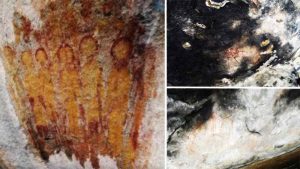 A mysterious find that has baffled archaeologists has been unveiled in India. Cave paintings dating back 10,000 years feature UFOs and aliens. 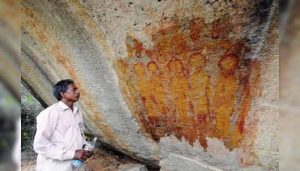 The Department of Archeology of the Indian state of Chhattisgarh decided to seek help from the American and Indian aerospace agencies. This is to determine the nature of some rather disturbing rock paintings discovered in the tribal region of Bastar, according to The Times of India, which published photos of the discovery.

What has surprised scientists the most is that the drawings found in different caves in the region bear many similarities to the appearance usually attributed to extraterrestrials. Whether in science fiction or in the accounts of people who claim to have seen them.

Local archaeologist JR Bhagat said the cave paintings could mean that people in the area in the distant past saw, or at least imagined, beings from other planets.

However, the archeology department of India did not have experts in this field, so they had to ask for help.

The legends of local tribes about “the little people” must be taken into account. The story is surprisingly similar to that of alien abductions. 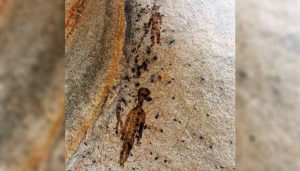 This was a tribe that used to arrive in the area in flying objects, always taking one or two members of the local tribe with them.
People who were “abducted” never returned home. This legend coincides perfectly with theories suggesting contact between prehistoric humans and an advanced extraterrestrial civilization.

Bhagat also said that the oddly shaped figures seem to carry some sort of weapon. They don’t have very clear or detailed faces, in fact, no noses or mouths. In some of the cave paintings, one can see some kind of landscapes or costumes.

The archaeologist also pointed out that the human imagination is highly developed and detailed. However, the strong resemblance of these cave paintings to popular culture images of extraterrestrials is uncanny to say the least. Further research is needed.

This is not the first time rock art dating back thousands of years has been discovered with humanoid figures or objects that resemble modern technology. The “Ant People” of the Hopi tribe are among the most representative cave paintings of extraterrestrial creatures.