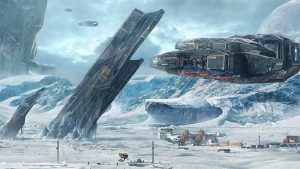 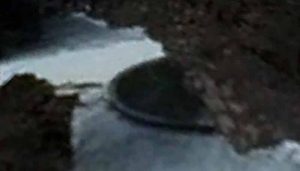 In images reported by Scott C. Waring, taken from Google Earth, 2 UAPs similar to Tic-Tac UFOs can be seen. The same as those seen by US Navy pilots.

UFOs fly over Antarctica according to Scott C. Waring

One of the UFOs was discovered on Google Earth in the summer of this year. Off the coast of California and San Clemente Island, the southernmost of the Channel Islands.

However, he observed 2 similar flying objects flying simultaneously in an arid region of Antarctica, far from any trace of human civilization. Interestingly, the objects were red.

The UFOs were the same size, about 10 meters long and 4 meters wide. Scott C. Waring said it was obvious they were alien ships, as each of them could accommodate a large crew. In fact, their presence could confirm the theory of an extraterrestrial base in Antarctica.

It should be mentioned that the existence of Tic-Tac UAPs is official, confirmed by the Pentagon.

This type of flying object has been in the eye of the storm for several years. In fact, the US Department of Defense released 3 of the footage captured by Navy pilots on its website and also acknowledged their authenticity in 2020. 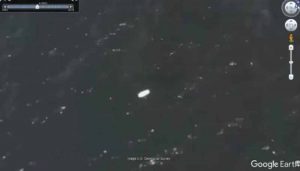 UAPs confirmed by the Pentagon

Witnesses on board the carriers said they saw the objects with a diameter of 15 to 20 meters. They rose rapidly to heights of 10 kilometers without the use of engines or visible jets. They then changed course with accelerations of 100 to 1000 G. This proved that their pilots could not be human.

The UAPs sometimes dove into the water, but felt no turbulence in their tracks. This is a phenomenon that normally accompanies incidents involving aircraft or other waterborne vehicles.

If there is a connection between the Pentagon UFOs and those seen by Scott C. Waring in Antarctica, what could it be?

For years, it has been speculated that Antarctica served as a base for extraterrestrial visitors to Earth. Is it then probable that these objects, as well as the strange vestiges of an advanced architecture, belong to an unknown civilization?

Scott C. Waring continues to stir controversy around the world. Antarctica and the Tic-Tac UAPs remain an unsolved mystery.