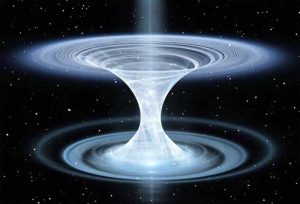 If wormholes exist in space, they are very similar to black holes, say physicists. It is therefore possible that we can see them without knowing it.

The universe is full of exciting things, like black holes or merging neutron stars. However, this all seems trivial compared to what scientists call wormholes, which hypothetically connect parts of space in different parts of the universe.

Many physicists doubt that wormholes exist, or at least that three-dimensional objects can pass through them safely. 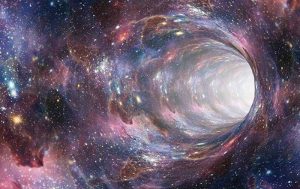 With the development of telescopes, an increasingly intriguing question arises: if wormholes exist, why have we never discovered them? Four Bulgarian physicists think maybe we just didn’t recognize them.

Most of the black holes we have identified are known either by their gravitational effects on the stars around them or by the jets of matter ejected from their accretion disks. If any of them were indeed a wormhole, we are unlikely to know.

However, observing the polarization around M87* with the Event Horizon Telescope and its follow-up to Sagittarius A* is quite another matter. In these cases, we saw the shadow of the object itself on its event horizon and hoped to spot something that looked like a wormhole.

The possibility of vortices excites physicists, but, as Petya Nedkova and co-authors of the Sofia University study note, we don’t know what they might look like.

In their study, the scientists try to solve this problem and come to the conclusion that, when viewed from a wide angle, wormholes will look like nothing we have seen before.

However, the authors believe that at low tilt angles, the wormhole will have a “very similar polarization pattern” to that of a black hole. Therefore, M87*, viewed at the assumed angle of 17°, could be a wormhole and we wouldn’t know.

This does not mean that we are absolutely incapable of distinguishing between wormholes and black holes.

“More significant differences are observed for indirect strong-lens images, where the polarization intensity of a wormhole can increase by an order of magnitude compared to a black hole,” the authors write.

The lens effect does not come from a massive object between us and the hole creating a gravitational lens. The trajectories of the photons are distorted by the huge gravitational field of the hole, causing them to make a partial loop around the hole before heading towards us.

The situation is further complicated if one assumes that matter or light can pass through the wormhole in any direction. If so, then signals from the area outside the entrance are able to reach us.

They will alter the polarized image of the disk we see around the hole, while light from another location will have different polarization properties. This may provide what the authors call “a characteristic signature for the detection of wormhole geometry.” »

The study authors acknowledge that their findings are based on a “simplified model of a ring of magnetized fluid” orbiting a black hole. More advanced models will identify the differences and use them to distinguish a wormhole from a black hole in other ways.