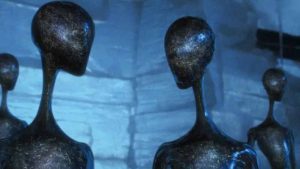 Researchers from Scotland’s University of St. Andrews and Britain’s SETI Research Network will jointly develop procedures in the event that a signal from an alien civilization reaches Earth.

According to the coordinator of the newly formed team, the “aliens” can contact us “at any time”, and the Earthlings are not prepared for this event. “It is high time ,” says Dr. John Elliott.

Scientists from a British university have warned that an alien civilization could contact people on Earth “at any time”. The researchers are of the opinion that when beings from other parts of the Universe appear, it will be necessary to know what to tell them.

Scotland’s University of St. Andrews has teamed up with the UK’s SETI (Search for Extraterrestrial Intelligence) research network to establish procedures that could be used if a watershed moment were to arrive, reports The Telegraph.

The newly created SETI Post-Detection Hub will bring together experts from around the world to determine methods for deciphering possible signals, developing space law and predicting the social impact of Earth contact.

We don’t know if we will ever receive a message from extraterrestrial intelligence,” said Dr John Elliott of St Andrews School of Computer Science and co-ordinator of the new team. He believes, however, that Earthlings cannot afford to be unprepared.

Until now, the only procedures in case of human contact with “extraterrestrials” date from 1989 and were prepared by the participants of the SETI program. These procedures have not been updated since 2010.

The 2010 symposium “The Discovery of Extraterrestrial Life and its Implications for Science and Society”, organized by Britain’s Royal Society, failed to reach agreement on how to handle the contact.

The main problem will be the language

In the recent BBC documentary “First Contact: Encountering an Alien”, scientists admitted that it may never be possible to understand what extraterrestrials will want to say to our civilization.

The question of deciphering the extraterrestrial language could be one of the main obstacles that the experts will have to take into account.

Aleksander Rehding, professor of music at Harvard University, thinks it will be all the more difficult as people still struggle to understand animals.

Whales are a very good object of research and, in a way, the closest thing to ‘extraterrestrials’ on Earth,” says Rehding.

He points out that the form of vocalization used by marine mammals has still not been explained.

“We don’t know what it’s for. Whether it’s music or language” – explains the professor, suggesting that this may give an idea of ​​the difficulty the world of science will face when the “aliens” talk to us.

“We cannot speak intelligently to most creatures on Earth. How will we communicate with intelligent civilizations? I’m not sure we’ll ever understand them,” says former NASA expert William Borucki.

He adds that reality will certainly not look like Hollywood movies, where it’s easy to talk to aliens, and where people and aliens have “similar ambitions and similar reactions.”

“The Telegraph” recalls that for many scientists, intelligent life in other regions of the universe is already a very real possibility.

Post Views: 100,447
Tags: Scientists: We are not ready for the arrival of aliens