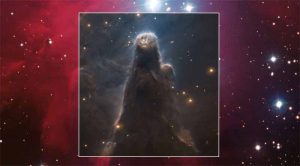 In this video, Chile’s Very Large Telescope takes you on a 2,500 light-year journey through the constellation of Monoceros, providing a unique view of the cone-shaped nebula.

I never tire of looking at photographs of the cosmos. Whether it’s a nebula, a star or a distant galaxy. The universe is a huge cosmic web. And observatories such as the Very Large Telescope are proof of this. These installations are not simple observatories. These observatories are pioneers of cosmic art. The James Webb Space Telescope has received a lot of attention, and rightly so. But we must not forget that we have state-of-the-art facilities here on Earth. One of these installations, located in Chile, is a true marvel of astronomy.

Thanks to the Very Large Telescope (VLT), a spectacular new image of the Cone Nebula celebrates 60 years (happy birthday!) of the European Southern Observatory (ESO). The video below will take you on an epic journey through space, interstellar space. You will zoom closer and closer to a unique and specific region of space called the Cone Nebula.

This nebula is formed by a pillar seven light years long which was discovered by William Herschel in the late 18th century and is part of the star forming region NGC 2264. Of particular interest to NGC 2264 is that it designates the Christmas Tree Cluster and the Cone Nebula as a single object in the new General Catalog. In addition to this designation, there are two other objects that are not officially included here: the Snowflake Cluster and the Fox Fur Nebula.

This horn-shaped nebula is found in Monoceros (the constellation of the unicorn), an aptly named constellation in the sky. A well-studied object, the Cone Nebula is located less than 2500 light-years from Earth. And although it has been imaged and studied over the years, this new view is unique. This view is more spectacular than all the others. It depicts the nebula in a way that resembles a mythological monster thanks to its dark and impenetrable cloud cover.

This nebula shows how giant clouds of cold molecular gas and dust form pillar-like shapes. These are responsible for the formation of new stars. Stellar winds and ultraviolet radiation released by massive, newly formed bright blue stars create this type of pillar. Gas and dust farther away from young stars are compressed as this material is repelled, resulting in tall, dense pillars of dust and gas. It is this process that creates the dark Cone Nebula, which appears to recede from the brightness of NGC 2264. A similar phenomenon was demonstrated to us by the James Webb Telescope when it photographed the “Pillars of Creation”.

Roses are red…well, not in this case. Here the sulfur is red

A stunning and impressive image like this is just one example of the incredible observations made by ESO telescopes over the past 60 years. Most of the time, ESO’s telescopes are used for scientific observations, but this image was obtained for awareness purposes. Thanks to its telescopes, researchers have captured the first image of a planet located outside our galaxy. Scientists have also been able to study the black hole at the center of our galaxy and see evidence that our Universe is expanding.

ESO continues to be a pioneer in astronomy, technology and international collaboration, building on more than 60 years of development, discovery and cooperation in astronomy. Better yet, we can look forward to a bright future. ESO’s current facilities and the forthcoming Extremely Large Telescope (ELT) will continue to answer humanity’s greatest questions about the Universe. In the meantime, we can marvel at the secrets of the universe revealed by observatories like this.

Post Views: 100,125
Tags: 500 light-years into the Cone Nebula in this stunning video from the VLT, Journey through 2