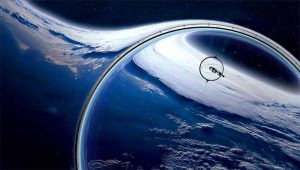 A NASA-sponsored University of Iowa researcher has developed a way for spacecraft to search for hidden magnetic portals near Earth. These portals could connect the planet’s magnetic field with the Sun. 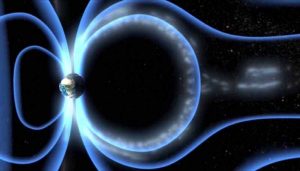 Portals are one of the most popular subjects in science fiction. An opening in space-time that allows travel of immense distances in the spatial realms. Now, it turns out that these shortcuts exist in the Earth’s magnetic field. They do not allow us to travel to other places in space, but they could pose a danger.

Portals in the Earth’s magnetic field

Jack Scudder , a plasma physicist at the University of Iowa, called these “X-points,” or electron scattering regions.

He explained that these are places where the Earth’s magnetic field connects with that of the Sun, creating an unbroken path between the planet and the solar atmosphere, some 150 million kilometers away.

They are usually found a few tens of thousands of kilometers from Earth, where the geomagnetic field meets the solar wind. Most portals are small and fleeting, but others are colossal.

But there is a problem: finding them. Magnetic portals are invisible, unstable and elusive. They open and close without warning, and there are no signals to guide them.

But Scudder claims to have found them 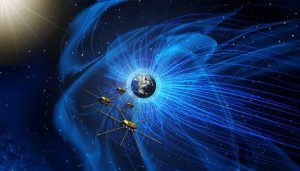 Portals are formed through the process of magnetic reconnection. The lines of mixed magnetic force from the Sun and the Earth intersect, coming together to create openings.

The “X-points” are where the crossing takes place. The sudden union of magnetic fields can propel jets of charged particles from point X, creating an “electron scattering region”.

To learn how to identify these events, Scudder analyzed data from a space probe that orbited Earth in the 1990s.

“NASA’s Polar spacecraft spent years in Earth’s magnetosphere and found many X-points during its mission.

Since Polar had similar sensors to the MMS, Scudder decided to see what an X-point looked like for Polar.

From this data, five simple combinations of magnetic field and energetic particle measurements have been found that tell when an X-point or an electron scattering region is encountered. A single spacecraft, properly instrumented, can perform these measurements.

This means that a single member of the MMS constellation using diagnostics can find a portal and alert other constellation members.

Such anomalies, unknown in the past, are extremely interesting and enigmatic for science. What other secrets lurk in space that we don’t know about?