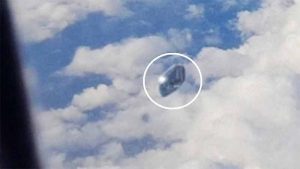 “You are not alone in the universe,” said Rafael Pacheco as he flew over Mexico City before mysteriously vanishing in 1976… 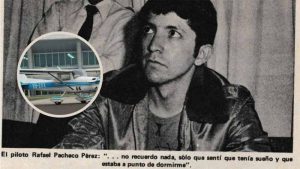 On June 21, 1976, the XB-ZOX light aircraft commanded by Mexican trainee pilot Rafael Pacheco Pérez was lost for several hours in the skies of the Chimalhuacán region of Mexico City.

The plane appeared an hour later in the city of Acapulco, which in itself is strange, since such a flight normally takes three hours in an aircraft of this type.

However, if this event has become one of the greatest mysteries in the history of aviation, it is because the pilot would have sent an extraterrestrial message in a state of trance in mid-flight.

“We use the pilot only as a microphone (…) you are not alone in the universe,” said the alleged alien through Pacheco.

“He speaks because he is ordered to, that is to say it is his voice, he speaks but not of his own free will. We use it as if it were… yes, we use it as a microphone”.

“We don’t really care where we come from or where we are, just know that we are beings of this universe you belong to. »

“You are not alone in the universe and there are other races that we are distant from but we are watching you ,” the message concludes. 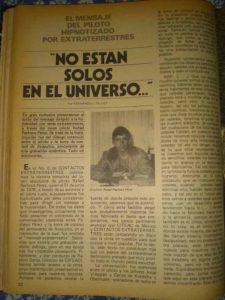 The person who received these words from the Acapulco control tower was air traffic controller Carlos de Kretschy, on the 123.45 megahertz frequency.

He had no memory of what had happened

Upon landing, the young pilot, a student at the Mexican School of Aviation, was greeted by the authorities, who took him to the Acapulco health center to check his physical condition or determine if he had ingested a substance likely to alter his mind or lucidity.

However, to everyone’s surprise, the pilot was in perfect condition, without any substance in his system, and did not present any mental disorder, which was confirmed by the Secretariat of Communications and Transport (SCT).

Rafael Pacheco was interviewed by several journalists to get his version of the facts. He said he didn’t remember anything that happened and refused to accept that the beings who possessed him were good.

“I don’t remember anything, I just felt sleepy and about to fall asleep. »

The airman’s career ended that day for the young apprentice, who was never again at the controls of an airplane, but the episode remains in the memories because we could never determine with certainty what had happened and it was attributed to an alien abduction.