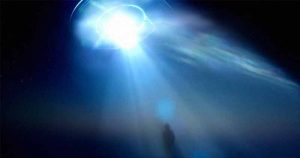 Andrews, Scotland, last week announced the creation of a new research facility, bringing together the brightest minds to prepare humanity for the day when we might make first contact with an intelligent extraterrestrial civilization.

The SETI (Search for Extraterrestrial Intelligence) Post Detection-Hub is meant to be a meeting point for experts to devise a unified way to respond to extraterrestrials – in case they come into contact with us, or vice versa.

“Science fiction is replete with explorations of the impact on human society of discovering, or even encountering, life or intelligence elsewhere,” said John Elliott, hub coordinator at the university. of St Andrews, in a statement .

“But we have to go beyond thinking about the impact on humanity,” he added. “We need to coordinate our expert knowledge not only to assess evidence, but also to consider human social response, as our understanding advances and what we know and what we don’t know is communicated. »

Earlier this year, NASA scientists uncovered a new message for all potentially intelligent life in the cosmos. But what would we do if they actually answered?

The new Scottish center aims to fill a policy vacuum by offering internationally agreed procedures should we come into contact.

So far, the only commonly accepted rules have been defined by the SETI community, in the SETI Institute’s “Statement of Principles Concerning the Conduct of the Search for Extraterrestrial Intelligence”.

But these rules are very vague. The SETI Post-Detection Hub plans to overhaul and expand them significantly.

“Will we ever receive a message from ET?” Elliot said. ” We do not know. »