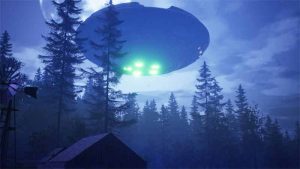 Some of the most incredible UFO footage from around the world, compiled into a single video.

When it comes to UFOs in today’s world, it’s hard to tell real videos from fake ones. It is difficult not only for ordinary people, but also for the various ufologists who study the phenomenon with dedication. This is a situation that needs to change, and could very well do so with the help of science. After all, not only does NASA study UFOs, but so does the Pentagon, with its own dedicated office. Suddenly UFOs aren’t a conspiracy theory anymore, and that’s a good thing. That said, it’s not always easy to get UFO footage that hasn’t been manipulated.

However, this video is an exception. It shows a series of incredible UFO sightings that have been videotaped. The footage shows various sightings ranging from accidental UFO catches to dozens of UFOs appearing in front of pilots. The video presented by the CONTACT research group perfectly illustrates the different types of UFOs that have appeared and continue to appear in the sky of our planet. What these objects are remains a mystery. But one thing is certain, the truth is there. Or at least, that’s what they say.

Post Views: 100,255
Tags: The most incredible UFO footage around the world