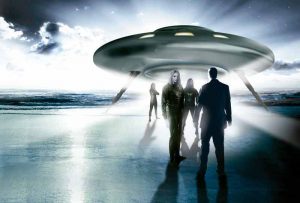 Do you speak alien? The research center is examining the response to life beyond Earth, reports St Andrews .

What will humanity do when we discover that we are not alone in the cosmos? A new international research center at the University of St Andrews will coordinate global expertise to prepare humanity for such an event and how we should respond to it.

While we may never learn of the existence of life beyond Earth, or even another intelligent civilization, there’s a chance we may detect it sooner rather than later. But are we prepared?

The new SETI Post-Detection Center, hosted by the Center for Exoplanet Science and the Center for Global Law and Governance at the University of St Andrews, will act as the coordinating center for an international effort bringing together diverse expertise across the sciences and humanities to establish impact assessments, protocols, procedures and treaties designed to enable responsible response.

Dr John Elliott, Honorary Research Fellow at the University of St Andrews School of Computing and Center Coordinator, said: “Science fiction is awash with explorations of the impact on human society following the discovery, or even encounter, of life or intelligence elsewhere. »

“But we need to go beyond thinking about the impact on humanity. We need to coordinate our expert knowledge not only to assess the evidence, but also to consider the reaction of human society as our understanding advances and we communicate what we know and what we don’t know. And now is the time to do it. »

“Analyzing signals of presumed extraterrestrial origin for linguistic structures and assigning meaning are elaborate and time-consuming processes in which our knowledge will progress through several stages as we learn ‘extraterrestrial’. »

The SETI Post-Detection Center will fill an important policy gap and also examine responsible science communication in the age of social media.

The subject has received limited attention, with the exception of the Royal Society which organized a scientific discussion meeting on “the detection of extraterrestrial life and the consequences for science and society” in 2010, following which the director of the United Nations Office for Outer Space Affairs (UNOOSA), Mazlan Othman, had to deny the news that she had been named “ambassador for extraterrestrials”.

There are established procedures and entities within the United Nations today to deal with the threat posed by asteroid impacts to Earth, but nothing like this has been put in place to pick up a radio signal in from ET

Currently, the only agreed upon “contact” protocols are those developed by the SETI community itself in 1989, and last revised in 2010.

Focused entirely on general scientific conduct, they are non-binding aspirations and are not useful for managing in practice the entire process of searching, processing candidate evidence, confirming detections, post-detection analysis and interpretation, and possible response.

The SETI Post-Detection Center provides for the first time a permanent “home” to coordinate the development of a comprehensive framework, bringing together interested members of the SETI community and the wider academic community, as well as experts in politics, to work on topics ranging from deciphering messages and analyzing data to developing regulatory protocols, space legislation and societal impact strategies.

Dr Elliott said: “Will we ever get a message from ET? We don’t know. We also don’t know when that will happen. But we know that we cannot afford to be ill-prepared – scientifically, socially and politically rudderless – for an event that could become reality as soon as tomorrow and which we cannot afford to mishandle. »</span