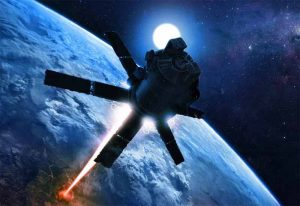 The US Navy’s “UFO” patents sound like something out of a science fiction novel.

The US Navy has filed patents for weird and obscure technologies. According to patents filed by the Navy, they are working on a compact fusion reactor capable of powering a city, an engine powered by “inertial mass reduction”, and a “hybrid aerospace-submarine vehicle”, as well as a patent for “quantum reality alteration”.

Qualified as “UFO patents”, these patents are not mere rantings. The United States Navy sponsors the manufacture of prototypes of some unusual technologies to prove that they work. 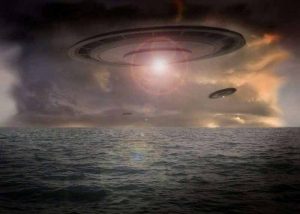 Reading these patents, one gets the impression that UFOs probably belong to us, not our brothers in the cosmos.

Dr. Salvatore Cezar Pais is the man behind these patents. Pais has worked in various departments of the Navy, including the Naval Air Force Center Aircraft Division (NAVAIR/NAWCAD) and the Strategic Systems Program Division. The latter is responsible for developing the technology of the Trident-class nuclear missiles launched by submarine.

All of the patents build on each other, but they’re based on what Pais calls the “Pais Effect.”
Pais claims to use electromagnetic fields with proper rotation to restrain the fusion reaction. This plasma fusion reaction, which he claims to have invented, will revolutionize energy consumption. Experts suggest that a functioning fusion reactor will provide cheap and ubiquitous energy.

One of Pais and the Navy’s patents describes what the propulsion system and fusion engine will be used for: a “hybrid aerospace-submersible vehicle.”

According to the patent, the craft could traverse land, sea and space at incredible speeds. Other patents invented by Pais and filed with the Navy include “High Temperature Superconductor”, “Electromagnetic Field Generator”, and “High Frequency Gravitational Wave Generator”.

Do you remember that UFOs filmed by the military can also fly through the air, into space and dive underwater? An interesting coincidence, isn’t it?

It all sounds like science fiction, and the Navy is also skeptical. The Navy leadership called Pais’s inventions absurd, and his patents were the subject of lengthy internal review at NAVAIR.

The War Zone received emails about bureaucratic wrangling between Pais and the Navy via a Freedom of Information (FOIA) request and found the mad scientist had won.

According to the patents, some of the technologies are “workable”. This means that the Navy claims that some of Pais’ wild technologies work and have been demonstrated to the Navy.

The physics of what Pais claims is beyond theory and beyond the comprehension of the layman or the humble science journalist. But a paper on his densified fusion reactor was accepted by the Institute of Electrical and Electronics Engineers’ peer-reviewed journal Transactions on Plasma Science and published in the November 2019 issue.

“The fact that my work on the design of a compact fusion reactor has been accepted for publication in such a prestigious journal as IEEE TPS should speak to its importance and credibility – and should eliminate (or at least mitigate) all misconceptions you (or anyone else) might have about the veracity (or possibility) of my advanced physics concepts,” Pais said in a letter to The War Zone.

“Understand that the culmination of my work is the creation of the Pais effect (the original physical concept),” he added. “Such high-energy [electromagnetic] radiation can interact locally with the vacuum energy state (VES) – the VES is the fifth state of matter (the fifth essence – quintessence), in other words, the fundamental structure (basis) from which everything else flows (including spacetime) in our quantum reality”. The engineering of the Pais effect could lead to the creation of a new macroscopic quantum reality, the importance of which you understand if you have followed my work closely. »

Pais’s emails sound like the delusions of a mad scientist, but the Pentagon has a history of successfully developing cutting-edge technologies. More than 100 years ago, nuclear weapons were science fiction. GPS, the TOR network, and the internet itself all started as Pentagon programs.

Perhaps soon the Navy will revolutionize our understanding of energy and transportation. And of course, it’s interesting, but what did the scientists manage to invent behind the screen?