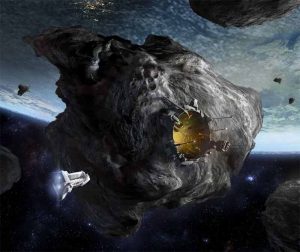 A mysterious object that crossed the solar system in 2017, according to Harvard astronomer Avi Loeb, was created by an alien civilization. The scientist is now urging NASA to send a probe to meet the next interstellar wanderer.

In October 2017, a mysterious object a hundred meters wide was seen crossing our solar system. Astronomers have discovered that the object, dubbed ‘Oumuamua, came from another star system.

Some researchers have even suggested that Oumuamua, which accelerated while passing near Mars, could be an interstellar probe launched by an extraterrestrial civilization.

It has even been suggested that the object took a ‘wormhole’ in space, as the object entered the solar system at the lightning speed of 87.3 km/s. Usually, asteroids fly at a speed of about 20 km/s.

Scientists are now taking a closer look at another interstellar wanderer who “dares” cross the solar system.

A group of scientists have suggested that NASA take on the task of preparing the spacecraft to encounter the next Oumuamua-like object if it appears in our vicinity. If we are already capable of reaching and ramming space objects, then why not target interstellar wanderers, scientists say. 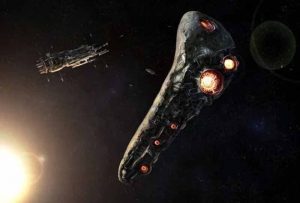 Harvard astronomer Avi Loeb was the first to suggest ‘Oumuamua was artificial. He thinks the mysterious visitor might be somehow connected to the recent spike in UFO sightings by US military and commercial airline pilots.

Loeb graduate student Amir Siraj proposed a mission to explore the next ‘Oumuamua. He believes such a mission will require an immediate response from NASA.

Perhaps the interstellar object is already there, so you have to be ready at any time to send a space probe to meet the asteroid.

In January 2022, researchers proposed to send a space probe in pursuit of ‘Oumuamua in order to pass it in 26 years and study it carefully.

According to some researchers, this object is now far beyond the solar system, and such a mission would therefore be impossible.

It is better not to waste time and resources, but to prepare for a meeting with new interstellar guests and study them carefully for the presence of alien technologies.