For the fifth consecutive night, pilots belonging to different airlines have reported the presence of UFOs over the skies of Porto Alegre, Brazil. 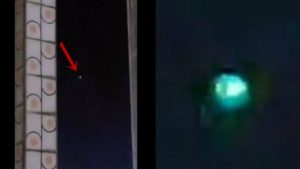 According to Inexplicata, between 22:50 and 23:10, four flights reported the presence of strange lights in the sky to the Air Traffic Control center.

The moment was recorded by the Salgado Filho Airport Control Center.