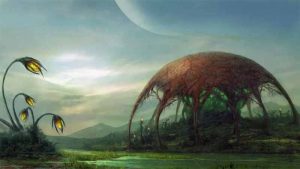 Why are astronomers still looking for extraterrestrial life similar to that on Earth? Can’t life be completely different?

It is true that the search for extraterrestrial life is focused on finding Earth-like life. Because only planets that are about as big and heavy as our Earth, and have about the same temperatures, are “habitable”. They are planets with liquid water.

How do we search for life?

One of the methods used by scientists to try to detect traces of extraterrestrial life is to search for oxygen in the atmosphere of these planets. This oxygen is produced here on Earth by living beings.

You can also search for methane. This gas is also produced in large quantities by terrestrial organisms. In the spectrum of reflected light from the planet, signs of plant photosynthesis can be found. Researchers are therefore looking for these “signals” in the atmosphere of distant exoplanets.

But doesn’t such an approach testify to the extreme naivety of astronomers? Or even nonsense? Are we really that arrogant and believe that life everywhere in the universe should look exactly like it does on Earth?

Of course not. Scientists are well aware that life can in principle look completely different. And it’s quite interesting, actually, to imagine life forms living, for example, in the gaseous envelope of giant planets. 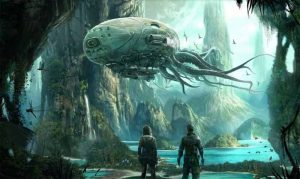 Or in the atmosphere of a star. Or talk about a life that doesn’t require water and carbon. And which, on the contrary, is based on silicon. Or imagine that somewhere there is life, consisting only of energy. And existing inside black holes. And so on.

It’s not that astronomers lack imagination. Through their experiment, they could probably imagine even more extraterrestrial life forms than the average person. But that’s not the main thing. It is a serious and scientific search for this life.

We need to do more than just imagine what life might be like elsewhere. We must also find ways to discover this life, if it exists somewhere. But for that we need to know exactly how this life functions, how it interacts with the environment and how it affects it. And what effect it can have on the parameters we observe.

For the moment, we know only one type of life well: life on Earth. We understand this type of life well enough to know how it will manifest on other planets so that we can find it where it is.

There is no point in imagining “another” life if we don’t know how to find it. We can look for something only if we are sure that, having found it, it will be possible to draw an unambiguous conclusion – the goal has been achieved!

It is therefore unfair to require astronomers to search for “other” life, and not just terrestrial life forms. The fact that researchers don’t do this has nothing to do with a lack of imagination.

It would simply be unnecessary. Because we can’t find such “extraterrestrial” life forms anyway.

And besides, we are not talking about intelligent beings. The search for intelligent life is another story. It can happen at any time. For example, if suddenly an alien spaceship lands on the lawn in front of your house. 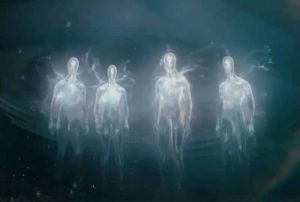 The search for intelligent extraterrestrials is not anti-scientific (in fact, there are many relevant and serious projects on this subject).

However, she is absolutely hopeless. Because if we don’t have enough knowledge about life itself. And how often it can occur in the Universe. And the probability of the existence of intelligent life is generally pure speculation.

If we look at the only database we have, ourselves, things look pretty bad. Life has existed on Earth for about 3.5 billion years, and for most of that time, it’s done very well without intelligence. It only appeared in the last hundreds of thousands of years. And, most likely, it will disappear again in a few hundred thousand years.

Of course, scholars continue to speculate about the “other” life. This idea is even devoted to a whole science – astrobiology.

Astrobiology explores alternative conceptions of life. And how life can function under varied conditions. But so far, there is no reliable evidence of the existence of life that did not originate on Earth. And no one knows how these types of life work.

And we have no idea what to look for.