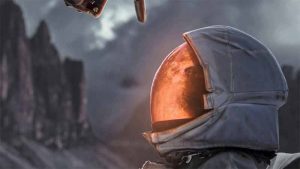 NASA has never claimed the existence of UFOs, but neither has it denied it. But employees, including astronauts, witnessed many sightings. These brave individuals risked everything to reveal the truth. 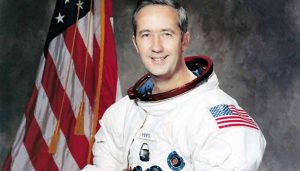 Despite testimony from astronauts, astrophysicist Adam Frank said NASA’s new UFO study would not prove anything.

The space agency announced the creation of a 16-person team to investigate the declassified sightings. As well as other data received from the civil government and commercial sectors. However, Frank said he cannot deny that this is a remarkable advancement in the scientific research of UFOs and extraterrestrials.

The former commander of the Gemini IV and Apollo 9 missions died in Tucson, Arizona on October 13, 2022 at the age of 93. McDivitt was elected to NASA’s second astronaut class in 1962.

In June 65, he made his first spaceflight as leader of the Gemini IV mission. He was joined by another Air Force pilot, Ed White. During the mission, White became the first American to perform a spacewalk, or the infamous spacewalk. Additionally, it has been claimed that something “possibly extraterrestrial” was sighted outside the craft.

McDivitt’s testimony, which NASA has tried to downplay, speaks of 3 UFOs during the mission. He saw an object while flying over Hawaii on the second day of the operation.

Its description recalls that of the UFO Tic-Tac of the Navy. Unfortunately, there is no photographic evidence of the accident.

The astronaut ruled out that the object was the second stage of the Titan rocket that launched Gemini IV. One of the theories evokes an earth satellite, a hypothesis considered by the famous Condon Committee of the Air Force, which is dedicated to research on UFOs. However, no satellite could be identified as the source of the problem.

In two separate interviews, McDivitt said he believed in the existence of extraterrestrials and that we were not alone. 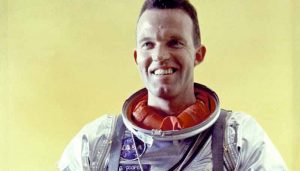 Gordon Cooper, who died in 2004, was one of America’s first astronauts. He has repeatedly stated that he believes in extraterrestrials from different parts of the universe.

He traveled in space on the manned Mercury-Atlas 9 mission in 1963. Then, in 1965, he set a new space endurance record by traveling 5.3 million kilometers aboard Gemini V It proved that astronauts could survive a round trip to the moon.

Cooper said the first UFO he saw was in 1950 at Landstuhl Air Base in West Germany. He said that at the time Russian MiG-15s were flying over his base. Then, flying at 15,000 meters, he saw strange flying disc-shaped vehicles in formation, much higher and faster than his plane.

“They were flying quite high, we couldn’t tell how high because we couldn’t get close to their altitude.”

In 1957 Cooper served as a test pilot at Edwards Air Force Base in California. In his testimony at the time, he claimed to have seen a UFO about 10 meters in diameter hovering over the dry lake.

“I had a film crew filming the installation when they saw a record. They filmed it as it flew through the sky, then hovered in the air, stretching out three legs like landing gear and slowly descending to land on a dry lake bed. »

Cooper sent the tapes to Washington and reported. Cooper never knew if anyone had seen them or if they had done anything. Since no one told him he couldn’t see them, he did and said it was all there. The Roswell incident in 1947 was very real, according to the testimony of astronaut Edgar Mitchell. He claimed to have had informants who told him the story of the incident, but never revealed names.

In February 71, after successfully completing its mission, the crew of Apollo 14 returned to Earth. Alan Shepard and Edgar Mitchell become the 5th and 6th astronauts to walk on the moon. But as Shepard retired with honors, Mitchell decided to spread the truth.

He accepted the existence of aliens after being on the moon and maintained it until his death. He accused the US government of hiding the truth about extraterrestrial contact.

After returning from the moon, he left NASA and devoted himself to the study of UFOs, ancient history, and human consciousness.

In his testimony, Mitchell said he had a confidential conversation with a Navy admiral who secretly told him that extraterrestrials made contact with the government in the early 1940s.

They were interested in land weapons, especially the atomic bomb. At the start of the Cold War, they constantly visited Earth because they feared a nuclear war. They also influenced the world’s elites.

He then claimed that his remarks had been distorted by the press. He said the government had known about the existence of extraterrestrials since the 1940s and had covered up actual UFO sightings. But he never spoke of political interference.

These brave astronauts risked their lives to bear witness to what is hidden from us.

Post Views: 100,180
Tags: Testimonials from brave astronauts: “The truth about UFOs and extraterrestrials”